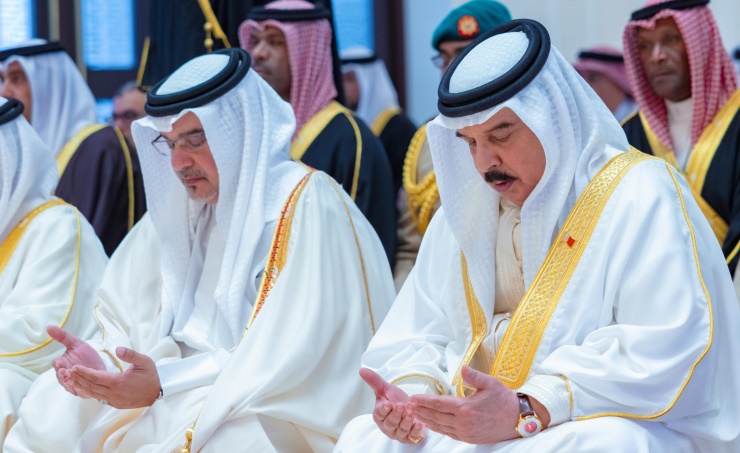 He prayed to Allah the Almighty to bless HM King Hamad with abundant health, happiness and long life so as to continue bringing about more achievements to the nation.

He also wished the Kingdom of Bahrain and its people everlasting security, safety, progress and prosperity, under HM the King’s leadership, praying to Allah the Almighty to accept everyone’s fasting, night prayers and good deeds.

Following the prayers and the sermon, HM King Hamad exchanged greetings and good wishes with worshippers, wishing the kingdom and its people, as well as the Arab and Islamic nations many happy returns and further progress and prosperity.

The worshippers extended their heartfelt congratulations on this occasion, wishing HM the King abundant good health, happiness and long life, as well as continued success in enhancing the progress and prosperity of the Kingdom of Bahrain.