On the occasion of World Heart Day,...

Planning of continuous support for Ramadan programs,...
NewsHRH the Crown Prince and Prime Minister receives the newly appointed Ambassador of the Republic of Indonesia to the Kingdom Bahrain 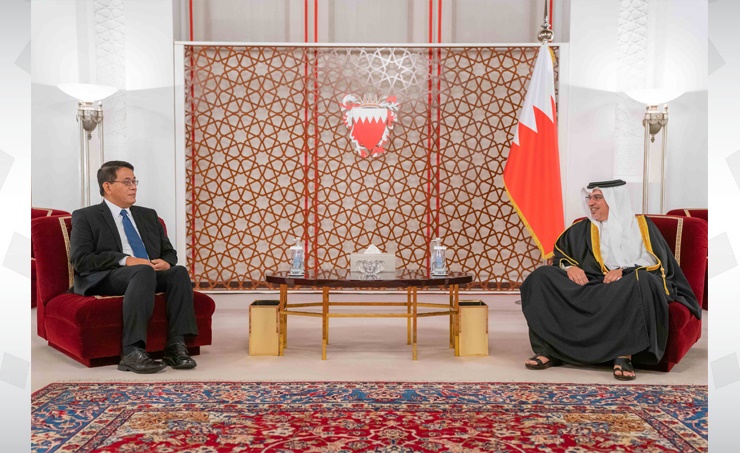 His Royal Highness Prince Salman bin Hamad Al Khalifa, the Crown Prince and Prime Minister, today received the newly appointed Ambassador of the Republic of Indonesia to the Kingdom Bahrain, HE Ardi Hermawan, at Riffa Palace.

His Royal Highness highlighted the strength of relations between the Kingdom of Bahrain and the Republic of Indonesia, and the mutual commitment to continue developing cooperation and joint coordination between the two countries to achieve common interests.

His Royal Highness wished the newly appointed Ambassador success in performing his diplomatic duties in the Kingdom.

The latest in regional and international developments and issues of common interest were discussed.