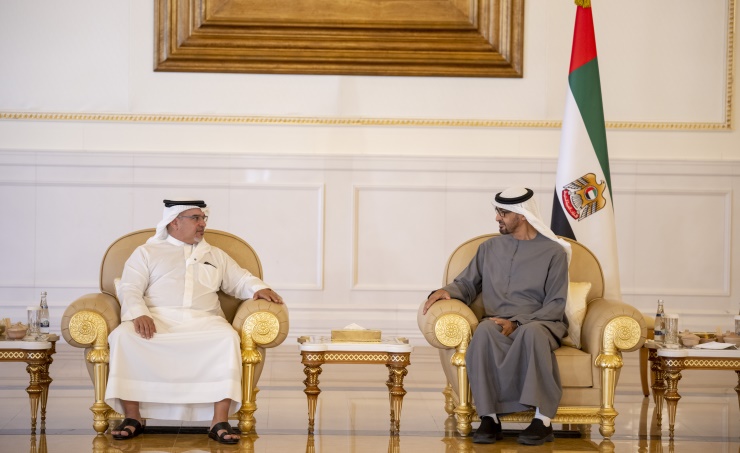 His Royal Highness also extended his condolences to senior members of the Al Nahyan Royal family, noting that his thoughts and prayers are with them at this time.

His Highness Sheikh Mohamed bin Zayed Al Nahyan expressed his sincere gratitude and appreciation to His Royal Highness the Deputy King, and the accompanying delegation for their heartfelt condolences and sympathy.

His Royal Highness the Deputy King was accompanied by a number of senior officials.