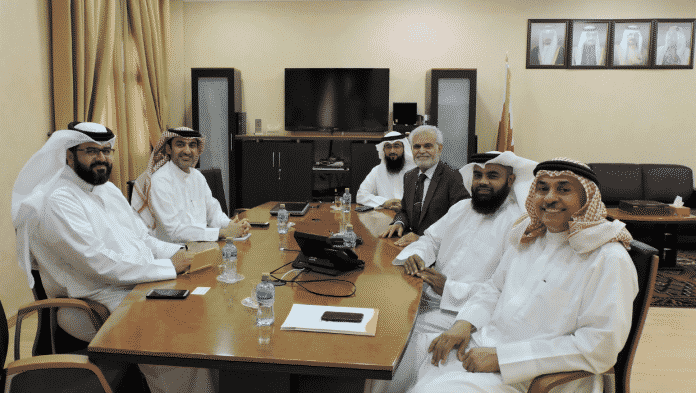 iGA, Municipal Councils & Capital Secretariat to Partner in the Development of eServices

At the start of the meeting, Mr. Al Qaed commended the efforts taken by the municipal councils and the Capital Secretariat in developing the Kingdom’s municipal sector. He stressed iGA’s commitment to enhancing cooperation among all public sector service providers, including municipal councils, adding that the iGA looks forward to directing the combined efforts of these organisations towards improving the efficiency and quality of services provided to the public.

The meeting discussed methods of strengthening communication with the public, including the possibility of the remaining councils joining the Tawasul suggestions and complaints system, and developing the Councils’ and Secretariat’s eServices, in line with efforts to speed up the Kingdom’s digital transformation.

The Municipal Council and Capital Secretariat leaders praised the iGA’s role in supporting government institutions, and its cooperation with the councils in various fields, particularly those related to eServices and improving communication with the public.

Bahraini parliamentarians have highlighted the Kingdom’s experiences in managing the COVID-19 pandemic and the measures taken to protect society from the repercussions of the...
Read more
Tech

As leading technology companies are planning to make remote working the ‘new normal’ and users of major virtual conference services such as Zoom and...
Spotlight

INJAZ Bahrain has successfully concluded this year’s version of its annual Young Entrepreneurs competition, which was held online for the first time ever on...
Sports This Week

BRAVE Combat Federation, a product of His Highness Shaikh Khaled bin Hamad Al Khalifa's vision, is back to holding events across the world, taking...
Inside Arabia