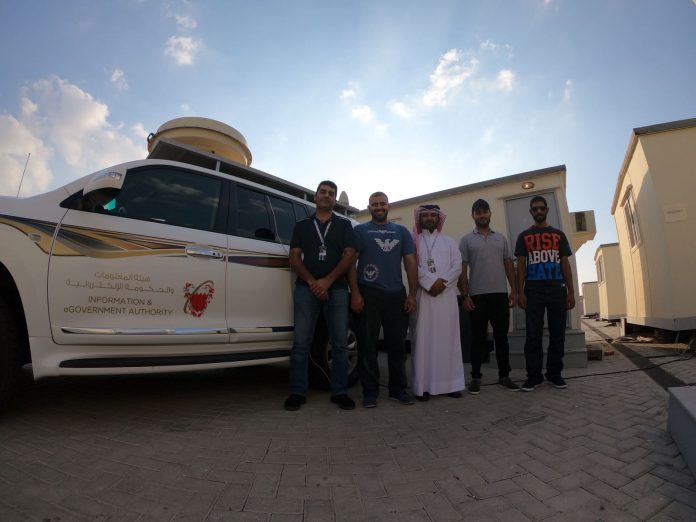 Continuing its annual support of national events held in the Kingdom of Bahrain, Information & eGovernment Authority (iGA) – represented by the Wireless Licensing, Frequency & Monitoring Directorate – operated 205 radio frequencies in various domains during the ninth and final round of the 6 Hours of Bahrain FIA World Endurance Championship (WEC) 2017, organized by the Bahrain International Circuit on 17th & 18th November.

The authority provided an integrated technical support regarding the radiocommunication aspect by allocating, at the site, directorate’s technical team that is fully equipped with monitoring equipment. The authority also provided a mobile surveillance station in the circuit, before and during the race; in addition to allocating 205 frequency spectrums in various domains. The frequencies were operating across all ground and satellite radiocommunication systems. The directorate was also able to identify four harmful interferences to the telecommunication networks and unlicensed uses – ceasing them in a record time without effecting the communication systems in the circuit.

In this regard; iGA Acting Vice CE of Operations & Governance Shaikh Salman bin Mohammed AlKhalifa stated that the Wireless Licensing, Frequency & Monitoring Directorate – within the framework of its vital role in managing the radiocommunication systems of events – is constantly ready to provide the technical support for events, especially the international ones as this reflects the Kingdom of Bahrain’s capability on organizing and managing such events according to the highest levels of professionalism.

The Wireless Licensing, Frequency & Monitoring Director Eng. Hasan Mohamed Hasan added that the Kingdom is considered as one of the leading countries to host international motor races due to its capabilities and the operators’ excellent experiences in radiocommunication – extended since the beginning of holding races in the circuit in 2004; qualifying them to meet the requirements and handle issues that may arise.

It is worth noting that the directorate operates the radiocommunication systems for a number of events including the Formula 1 races, Bahrain International Airshows, Endurance Race together with other significant events.

BRAVE Combat Federation, a product of His Highness Shaikh Khaled bin Hamad Al Khalifa's vision, is back to holding events across the world, taking...
Read more
PR This Week

Bahraini parliamentarians have highlighted the Kingdom’s experiences in managing the COVID-19 pandemic and the measures taken to protect society from the repercussions of the...
Tech

INJAZ Bahrain has successfully concluded this year’s version of its annual Young Entrepreneurs competition, which was held online for the first time ever on...
Inside Arabia