The IMMAF World Championships, the world’s most prestigious amateur Mixed Martial Arts tournament, is coming to Bahrain in 2017! This incredible development is even more shocking considering it will be the first time the event has been held outside Las Vegas, Nevada.

The implications of this are huge for the Kingdom of Bahrain, as the event will literally bring fighters from all over the world, with some of the best prospects on the planet battling for worldwide recognition. Not to mention, the aspiring Arab MMA fighters in the middle-east now have a clear goal to aim towards. Get in this tournament and you could prove yourself and change your life.

In July 2016,  Team Bahrain attended the championship and brought home one bronze medal courtesy of the young, exciting fighter Farhad Abdulrazaq. This magical moment was a symbol of Bahrain’s progress in the sport and KHK MMA is right at the heart of this progress.

This joyous announcement is a result of the passion and patronage of H.H Shaikh Khalid and his close confidante Mohammed Shahid finally paying dividends for the people of Bahrain.

His Highness’s  dedication to the sport of MMA is unquestionable and this can be seen in evidence at KHK MMA which he helped to build with the CEO Mohammed Shahid. They have been developing their grassroots in MMA through having a professional and amateur team who train at the KHK MMA stable, with world class facilities and coaching. They also launched their new organization Brave Combat Federation in last September and their first two shows were a roaring success, bringing fighters from around the world to Bahrain and some very high profile athletes involved.

Following Brave 2 which took place on Friday Dec.2, 2016 they will take their product to Brazil for the next show in 2017, but meanwhile the people of Bahrain can look forward to the IMMAF World Championships coming to their country and even more giant leaps being made in middle-eastern MMA. 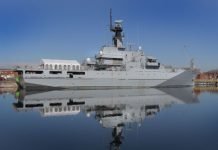 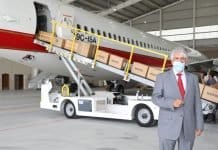