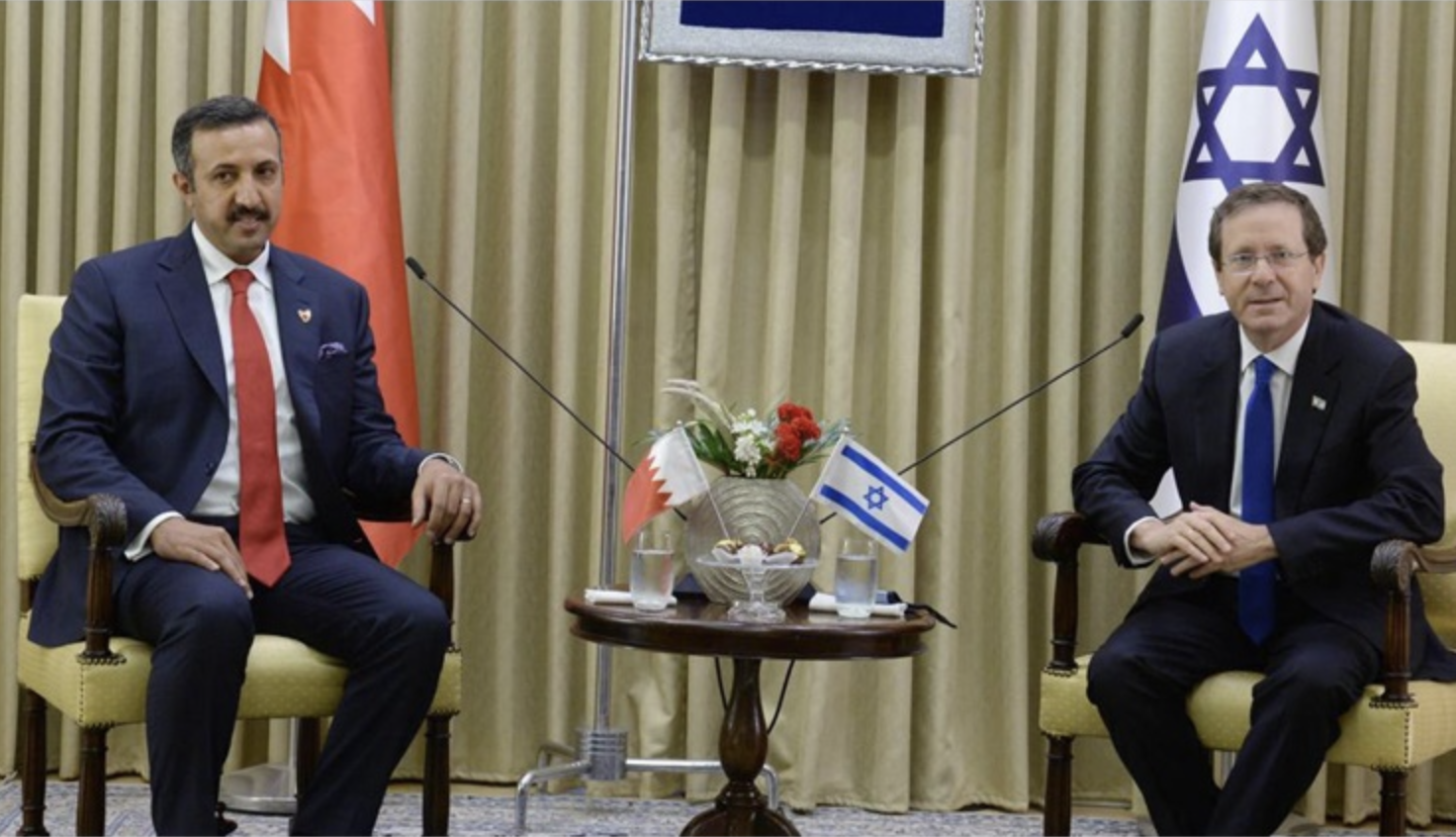 The President of the State of Israel, Isaac Herzog received today the Undersecretary of the Ministry of Foreign Affairs for Political Affairs, Ambassador Dr. Shaikh Abdulla bin Ahmed Al Khalifa, during his official visit to Tel Aviv.

The Israeli President affirmed that this visit would enhance the growing partnership between the two countries. He praised the wise leadership of the Kingdom of Bahrain for establishing peace and stability in the Middle East.

The Israeli President also hailed the Bahraini experience in coexistence and tolerance among all religions and beliefs, wishing the Kingdom further prosperity.

The Undersecretary of the Ministry of Foreign Affairs conveyed to the Israeli President greetings from His Majesty King Hamad bin Isa Al Khalifa and those from His Royal Highness Prince Salman bin Hamad Al Khalifa, the Crown Prince and Prime Minister.

The Undersecretary for Political Affairs stressed that peace is the Kingdom’s strategic option for prosperity and stability in the region and the world. He also noted the mutual keenness between both countries to enhance bilateral cooperation.

Other issues of mutual interest were also reviewed during the meeting.