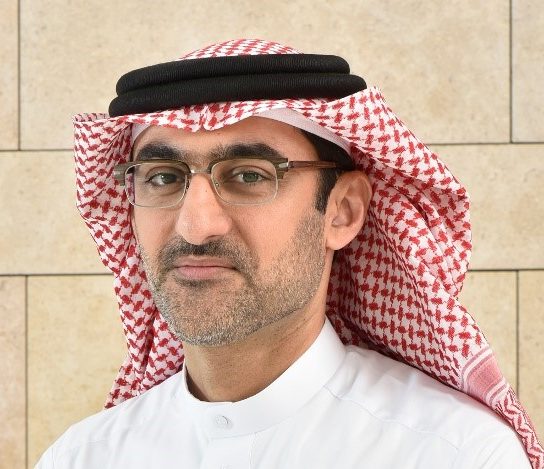 Information & eGovernment Authority (iGA) Chief Executive Mr. Mohamed Ali AlQaed stressed that the first pilot phase of issuing a new identity card (ID) will be – at present – limited to Bahraini newborns born. The ID is issued in accordance with the legally approved fees of BD2 – meaning with no additional charges. The launch is carried-out in phases for the issuance of other society segments comprising Bahraini citizens in the next phase during the upcoming weeks; followed by the final phase which includes residents throughout six months where the public will be notified at a later stage. AlQaed also emphasized that such technological developments and technical revamps in the ID card features does not require current identity card holders to replace their cards with new ones. The previous identity card will continue to be issued until the launch of the second phase and according to the legally certified service charges. He also highlighted that valid ID cards will remain officially recognized in all public and private transactions up until their expiration date.

In this regard, the Chief Executive expressed great appreciation to HRH Prince Salman bin Hamad AlKhalifa – the Crown Prince, Deputy Supreme Commander and First Deputy Prime Minister – for launching the newly-revamped Bahraini identity card which reflects His Royal Highness’ directives that aim to achieve Authority’s strategic objectives. Mr. Mohamed further explained that such proud launch positions the Information & eGovernment Authority in front of a major responsibility of continuing to provide more accomplishments in coincidence with wise leadership aspirations and keeping line with the current trends by utilizing modern technologies and systems that contribute in delivering high-quality efficient services which attain customer satisfaction. 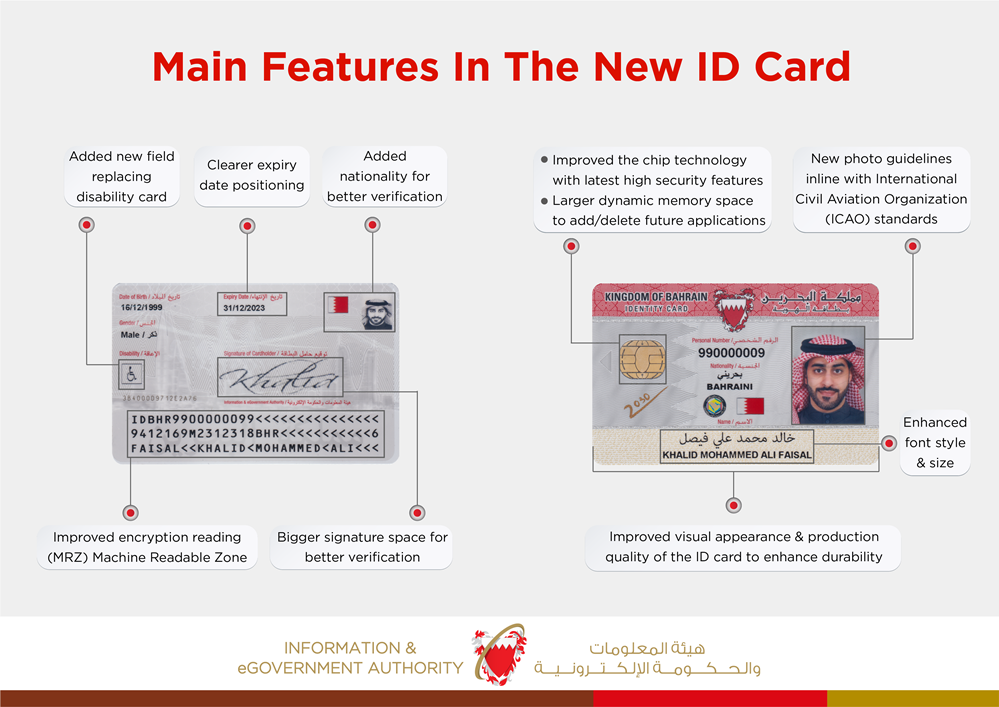 AlQaed highlighted that the launch of the new ID considered keeping abreast with the latest international technologies and in line with the international high-standards of International Civil Aviation Organization (ICAO), efficiency in terms of the look and feel, content of the chip as well as durable material used in producing the card and its resistance to damage. The new ID comprised several additional, advanced features utilizing the latest technologies in security to ensure the delivery of comprehensive protection to holder’s data by comprising the best and strongest security features which make it difficult to tamper with the content of the chip. Furthermore, enables adding more services and applications at later stages in order to maximize its benefits.

iGA confirmed that the revamped cards possess a whole new look and feel as they are modernly designed. Moreover, the new size of the photograph is enlarged with a gray color background (RGB 168,168,168), A larger space for holder’s signature to also appear more clearly along with a new field added for the holder’s photograph. Moreover, a flag of his/her nationality, card’s expiration date and finer quality of font for the printed data. New revamps included using trendy colors along with images of Bahrain’s landmarks in the background. Another technically revamped feature includes reading the barcode to recognize personal data in order to increase security level.

The new ID has excluded certain data such as the driving license data as the ID card (whether the present or former version) does not replace the driving license. Especially certain procedures which require in certain circumstance to withdraw the license when committing traffic violations – which is not applied on procedures related to identity cards as they are official documents which cannot be confiscated without a legal act.

A bundle of other technically advanced features include expanding the storage space of the chip to enable any edits or additions as well as a new feature is added to replace the Special Needs cards. The new ID card is also in line with the international standards of the e-Passport enabling card holders to use it when traveling in future international agreements. Its high-standard security features make it difficult to replicate or tamper with the chip’s content. The new chip also comprise the electronic signature service through PKI which provides a secured environment to benefit from the eServices through mobiles more safely. In addition to providing the fingerprint emulation services directly with the ID to check the holder’s identity in a decentralized manner along with the ability to store decimal fingerprints that enable the ability of utilizing it in numerous future applications.

The ID project – an initiative launched in 2005 by His Majesty King Hamad bin Isa Al Khalifa – caught the attention of the GCC leaders for the project’s massive importance that reflects the joint regional efforts and certifying it as an official document in order to prove citizens’ identities while completing their internal procedures in the GCC region.