Whether you’re a landlord or a tenant,...
SocietyPR This WeekLulu Group Opens its 10th Retail Outlet in Bahrain’s Danaat Al Lawzi Development 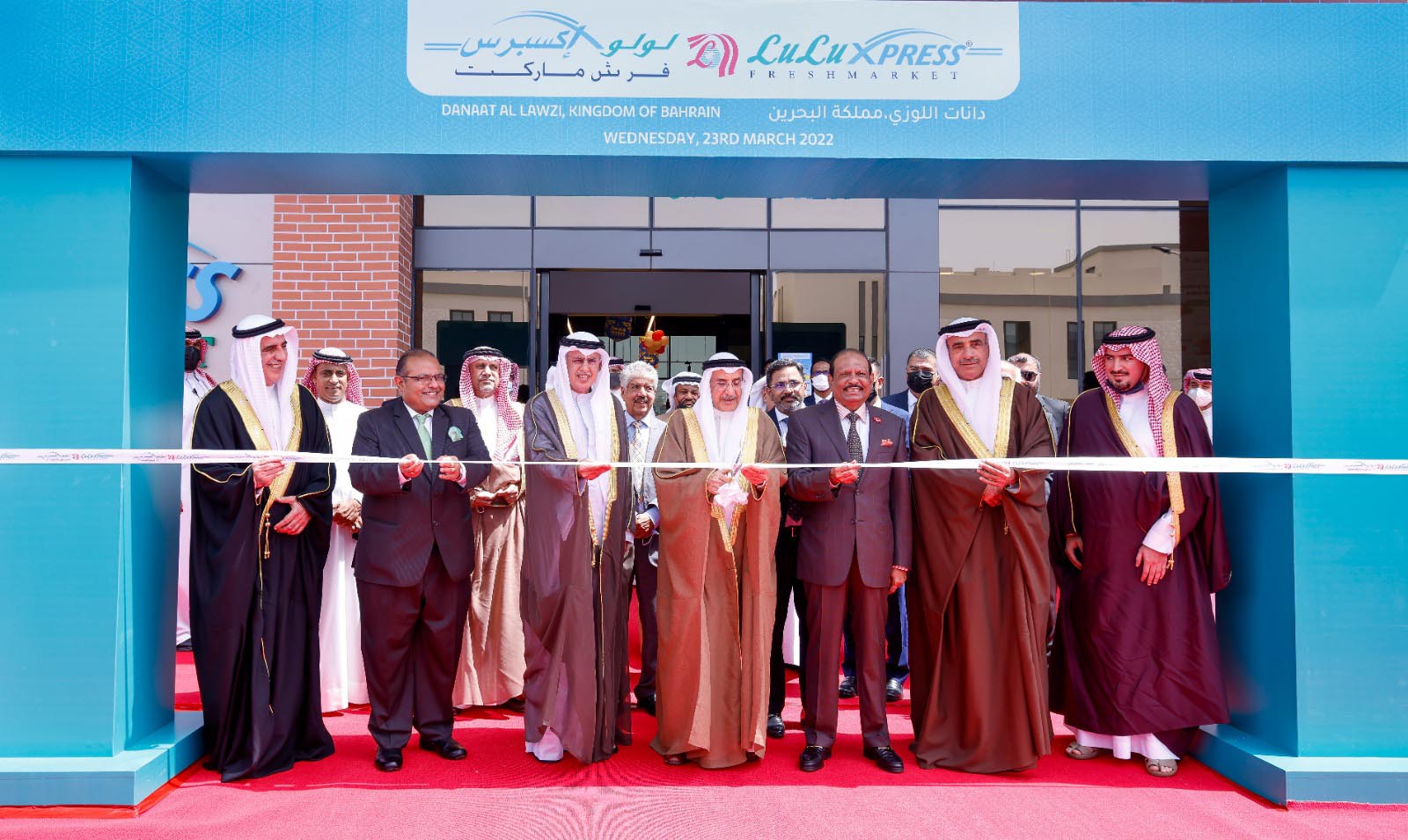 The opening ceremony was attended by Ministers, VIPs and dignitaries. This is the 10th  LuLu retail development in the Kingdom.

The 2,000 square metre store will serve the community with a range of groceries, fresh daily produce such as vegetables and meat as well as an in-house bakery and the popular Lulu Hot Foods range of freshly prepared food.

It will also have an attached waterfront café area for customers to enjoy a quick cuppa and snack during their shopping trips or recreation time.

“Our participation in the Danaat Al Lawzi development is a demonstration of the Lulu Group’s commitment to the Kingdom of Bahrain’s progress and the vision of its wise leaders,” said Chairman Mr. Yusuffali M.A., “It takes forward our promise that we believe in the future of this progressive country and its prosperity and shall invest in its citizens. The developing urbanisation and the high standards of living that Bahrain residents have come to expect are an incentive for the LuLu Group to keep raising the bar when it comes to retail standards. We shall continue to partner the Kingdom in development.”

Mr. Yusuffali also officially launched the “LuLu Cares” campaign to support the Royal Humanitarian Foundation (RHF) which will be run under the patronage of His Highness Shaikh Nasser bin Hamad al Khalifa, the Chairman of the RHF.  Through this special CSR project, every shopper at all LuLu Hypermarkets in Bahrain can donate any amount big or small towards the “LuLu Cares” charity drive and this collection shall be used by the RHF for the welfare of orphans in their care. With the Holy Month being one of the busiest shopping seasons in the region, the Group is hoping to help Bahrain’s public contribute for a noble cause.

The Lulu Group also thanked  Eskan Bank and in particular, the Managing Director and CEO of Infinity Capital, Mr. Abdullah Al Zain with whom it had worked closely to  successfully explore this new avenue for expansion.

As the largest retail operation in the Kingdom, The Lulu Group already has 10 hypermarkets now and two shopping malls in Bahrain and over 3,000 employees.

Danaat Al Lawzi is a project spearheaded by Eskan Bank and comprises of 303 spacious villas in the heart of Hamad Town.

Designed to cater for the modern Bahraini family, the complex creates a living environment that offers the comfort of a serene residential community while not compromising on daily conveniences. Central to the modern conveniences of the complex will be the waterfront ‘Lake Strip’ recreational and shopping area where LuLu is situated.