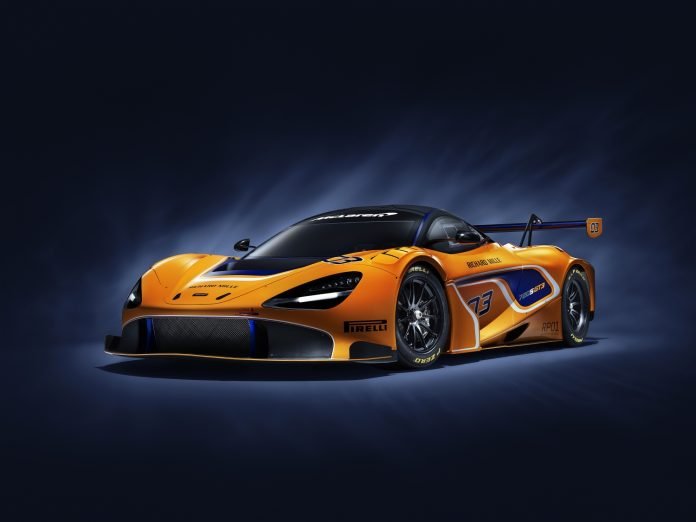 Track testing of the first GT race car to be developed by McLaren Automotive’s new customer racing division is well underway and will see the McLaren 720S GT3 test extensively across Europe, the US and Middle East. The new GT3 challenger, which is based on the acclaimed 720S supercar, is being readied for its competition debut in 2019 when it will be eligible for all GT3 grids globally.

“It was an incredibly exciting moment for us to see our new 720S GT3 begin the intensive track-based phase of a development programme that we are confident will provide our customers with a first-class GT race car,” commented Mike Flewitt, McLaren Automotive Chief Executive Officer.

“Enabling our customers to go racing is integral to the business strategy of McLaren Automotive and we are committed to supplying teams with exceptional GT cars and the world-class support to get the most out of them.”

As with the road car, at the heart of the 720S GT3 is the light but immensely stiff carbon fibre MonoCage II chassis structure. A race-prepared version of the M840T 4.0-litre twin-turbo V8 engine provides the power. The focus on pure engineering, innovative aerodynamics and efficient design that makes the 720S road car so incredibly impressive provides the ideal starting point for the journey from multi-talented supercar to be the strongest contender yet from McLaren for GT3 racing honours. 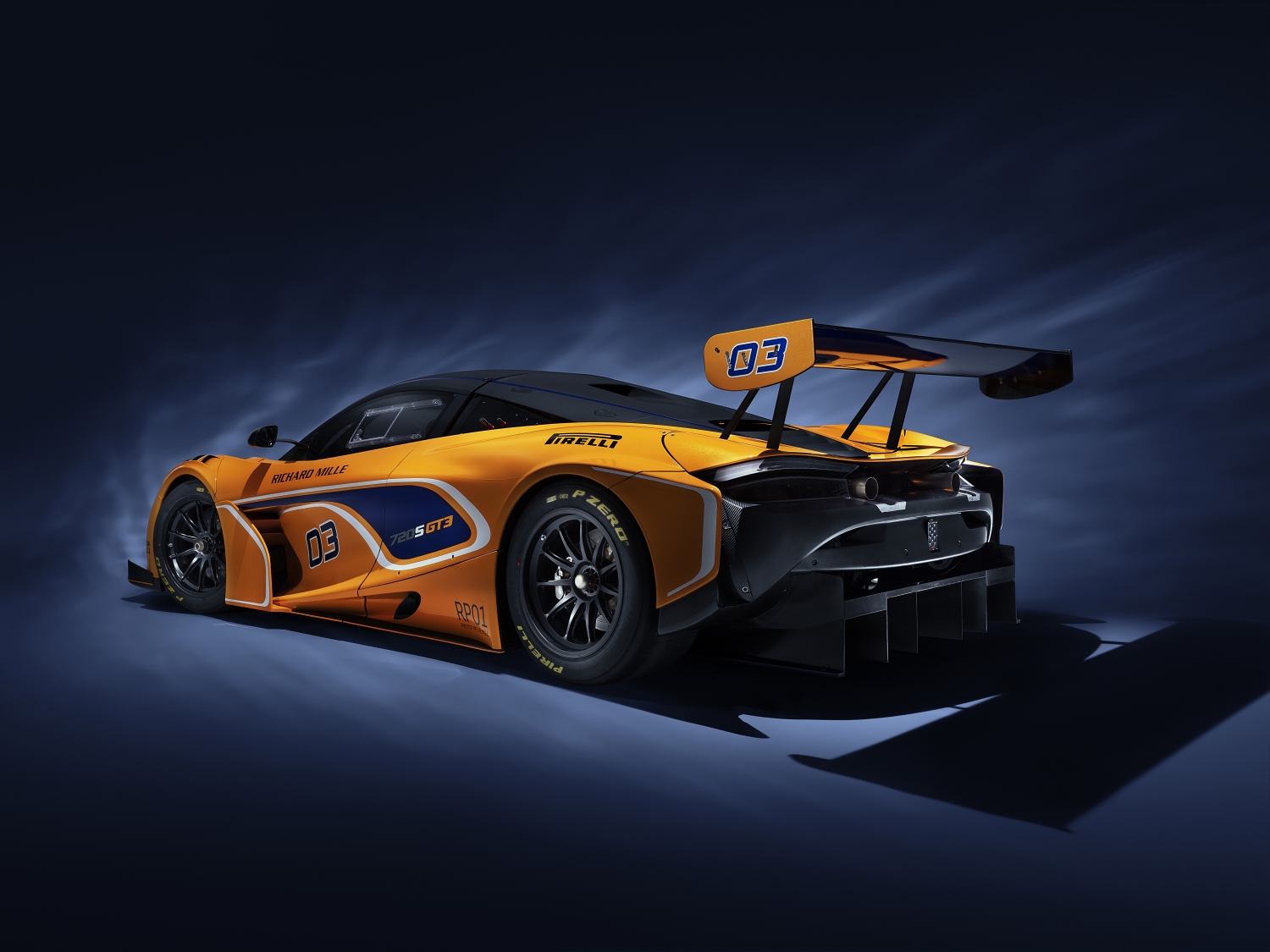 The design and development work has been undertaken within a new dedicated GT race facility at McLaren Automotive in Woking, Surrey, where all new GT3 cars will be hand-assembled. The first two development cars have embarked on the extensive, physical test programme, which will initially use tracks on both sides of the Atlantic, followed by an intensive Middle East programme before the end of the year.

Development targets for the 720S GT3 centre not just on speed and stability but also on making the car accessible for drivers of all abilities, as well as a more efficient one for teams to run – both financially and from a serviceability perspective. Optimised fuel efficiency and tyre management have been prioritised, together with improved reliability, durability and serviceability – both in race conditions and between events. Breadth of handling balance and predictable on-limit behaviour for both professional and amateur drivers alike are central to the project, reflecting the make-up of GT3 competitors globally.

“The McLaren 720S is such a multi-talented road car that we always knew honing its pure racing talents and making a GT3 car out of it would be an entirely natural process – and so it has been. While largely a bespoke machine, the GT3 car is still a McLaren 720S at its core. Developing a race car is about optimising every component and the lightweight MonoCage II carbon fibre chassis is the perfect base for this,” said Dan Walmsley, Motorsport Director, McLaren Automotive.

“The 720S GT3 is a significant car for McLaren Automotive. It still has the road car’s ability to deliver extreme performance in a way that all drivers can access, but taken to an altogether higher, racetrack level.  Crucially it also forms a part of our growing customer-focused racing and business strategy which sees dedicated motorsport products developed in-house that draw on our rich pool of motorsport experience and expertise”, said Jolyon Nash, Executive Director of Global Sales and Marketing, McLaren Automotive.

Announced in November 2017, the McLaren 720S GT3 race car is on schedule to make its competition debut in 2019. The price of the 720S GT3 is confirmed at BHD 213,200 Ex-Works, and McLaren will look to enter strategically important global championships with the first examples of the latest GT3 challenger through engaging with customer teams.  When the 720S GT3 carries the McLaren banner into customer GT3 racing in 2019, it will join the McLaren Sports Series 570S GT4 race car, which claimed eight championship titles in its debut season in 2017, and has now recorded more than 50 class wins in the hands of customer teams globally.

Although intrinsically the same mid-engined coupé as the McLaren 720S road car, more than ninety percent of components have been changed or optimised in some way for the GT3 version. The combination of changes to bodywork, aerodynamics and suspension; revised transmission and a new braking system and the performance of the Pirelli racing tyres will deliver a significantly enhanced car born to race on the most demanding circuits. 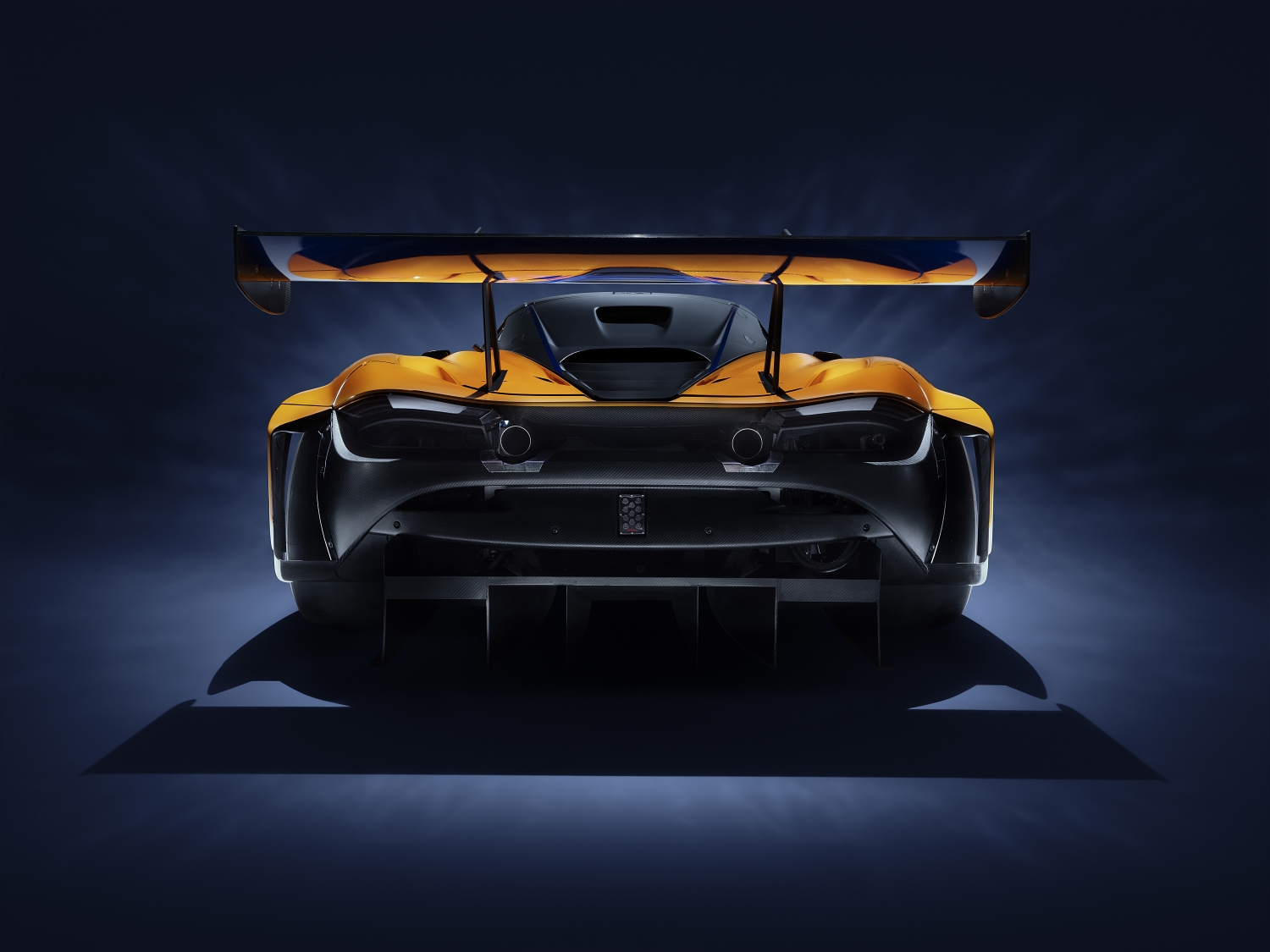 The innovative aerodynamics of the 720S road car have been further developed to deliver even greater race track stability and aerodynamic efficiency. The lightweight, carbon fibre and composite body panels are all unique to the 720S GT3, while a bespoke splitter, floor assembly and dive-planes distinguish the front and the tail gets an aerodynamically-optimised GT3-specification rear wing.

The engine of the 720S GT3 is a race-prepared version of the McLaren M840T 4.0-litre twin-turbo V8, enhanced to deliver both an improved torque curve for traditional racing as well as even greater efficiency for endurance events. The six-speed sequential paddle gearbox is equipped with a new electronic shift actuator to increase shift-speed, usability and reliability. An externally adjustable Salisbury-type limited slip differential is fitted, as are cockpit-adjustable traction control and ABS driver aids.

In keeping with the reputation of its road car sibling, the 720S GT3 has an exceptional driver environment. There is an adjustable pedal-box as well as adjustable steering wheel position, while a rear-view camera and radar system with dash display and tyre pressure monitoring system (TPMS) are available as options. All 720S GT3s are left-hand drive, the carbon-Kevlar race seat fitted with its mountings, in accordance with 2019 FIA regulations.

Further information on the 720S GT3 can be found at cars.mclaren.com/customer-racing/models/720S-GT3.

Ford confirmed that it intends to restart initial production and manufacturing at most of its main continental European vehicle and engine plants from May...
Read more
Wheels and Gears

The Mazda3 won the 2020 World Car Design of the Year award, one of the special awards of the World Car Awards (WCA). The...
Read more
Wheels and Gears

Motorcity, the exclusive distributor for SsangYong cars in Bahrain, has announced the arrival of the 2020 Tivoli. A compact SUV combining luxury, style and...
Read more

A charity initiative aimed at supporting Bahraini citizens and families and other needy people affected by COVID-19 has been unveiled. The Royal Humanitarian Foundation (RHF)...
Read more
Spotlight