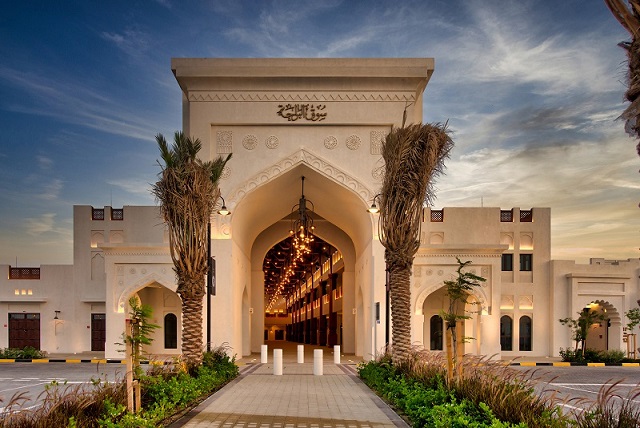 Inline with the Kingdom’s National Day celebrations, Seef Properties, in cooperation with Diyar Al Muharraq, has recently announced the launch of Souq Al Baraha Festival, which started from Thursday December 16, 2021, and will include an array of traditional and cultural activities, in addition to the opening of some of the shops, restaurants and cafes at the Market.

A number of stores will participated in the festival with outdoor stalls that operated daily from 10 am to 10 pm, offering visitors a variety of products and services, such as traditional foods, handicrafts, perfumes, fashion, accessories, jewellery, and more.

Souq Al Baraha is scheduled to open its doors to customers during the upcoming spring season, presenting a new shopping concept to citizens and residents in an atmosphere that offers a harmonic blend between the authenticity of the past and the innovation of the present, and giving visitors an enhanced experience with contemporary amenities in an authentic Bahraini style. Additionally, the project will soon witness the opening of markets for fresh products of fish, meat, poultry, vegetables, and fruits, as well as the opening of Al Muntazah Supermarket and other commercial facilities.

On the occasion, Diyar Al Muharraq’s CEO, Mr. Ahmed Al Ammadi said: “On the occasion of the National Day celebrations, we extend our warmest greetings to His Majesty King Hamad bin Isa Al Khalifa, King of the Kingdom of Bahrain, His Royal Highness Prince Salman bin Hamad Al Khalifa, Crown Prince and Prime Minister, and the people of Bahrain. Diyar Al Muharraq, in cooperation with Seef Properties, was keen to hold its first activity at the Souq by welcoming visitors to the ‘National Day Festival’ at Souq Al Baraha, which will include several cultural events and activities within a national atmosphere that suit the whole family. At Diyar Al Muharraq, we are certain that Souq Al Baraha, under the distinguished management of Seef Properties, will soon become a major tourist attraction in the Kingdom of Bahrain.”

Mr. Yusuf stated: “At Seef Properties, we take this opportunity to welcome visitors to the ‘National Day Festival’ at Souq Al Baraha and give them a peek into the facilities and modern services this leading project provides in various fields of retail, entertainment and hospitality, offering an exceptional shopping experience for all family members within an atmosphere that represents originality and modernity at the same time.”

He added: “We expect Souq Al Baraha to become a remarkable tourist attraction.  It is expected to draw visitors and tourists from the GCC and abroad, owing to its commercial, recreational, and cultural attractions. This occasion forms an opportunity to experience the unique atmosphere of this leading commercial facility, which is inspired by the deep-rooted Bahraini heritage and will be officially opened during the upcoming spring season. As part of our operational plan for the project, we will seek to attract distinguished brands from local and regional markets, in order to enhance the shopping experience in the Souq.”

Seef Properties has recently signed an agreement with Diyar Al Muharraq, stipulating that the Company provides comprehensive management services of Souq Al Baraha project; an integrated market located in the heart of Diyar Al Muharraq in close proximity to prominent residential, commercial and entertainment projects in the city.

Souq Al Baraha occupies 64,000 square metres and includes a built-up area of 20,000 square meters, as well as a leasing area of 13,000 square meters. The Souq encompasses a diverse and comprehensive range of retail stores (450+ stores), including a supermarket, a family entertainment centre, restaurants and cafes, a central market, and a host of specialised shops such as jewellery, handicrafts, sewing, textiles, dates, spices, traditional sweets, antiques and carpets. The project also has offices, public service facilities, and a mosque for daily and Friday prayers.