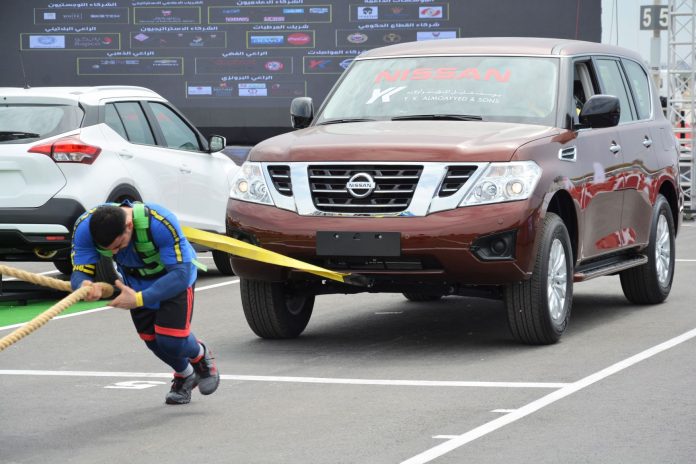 Y.K. Almoayyed & Sons, the sole distributor of Nissan vehicles in the Kingdom of Bahrain, had recently partnered with HHSK Bahrain’s Strongest Man Championship that took place in the Bahrain International Circuit (BIC) from 21st to 23rd February, 2019. Nissan Bahrain had signed as the ‘Official Transportation Partner” in this championship. This event was organized under the royal patronage of His Highness Shaikh Khalid bin Hamad Al-Khalifa, First Deputy President of the Supreme Council for Youth and Sports, President of Bahrain Athletics Association, Honorary President of Bahrain Disabled Sports Federation.

“At this event we displayed a Nissan Patrol Platinum Reserve and conducted a Pull the Patrol activation which attendees of the event had to pull in order to win a G-Shock Watch. The top 7 fastest pullers were selected by Nissan Bahrain as winners ”, he added.

“It has been a matter of great pride and honour for us to be associated with a national championship of this stature. YK Almoayyed Group has always been at the forefront of growth and empowerment of Bahrain’s youth and this was a great opportunity for us to support that cause”, stated Mr Chakravarty.

The Ministry of Health announced that all travellers arriving into Bahrain International Airport from 12:00 am on Tuesday, July 21st, 2020, will be required...
Sports This Week