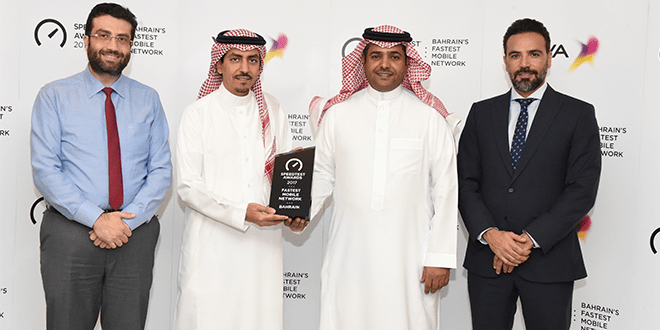 Ookla is the company behind the popular Speedtest app and website, which measures the speed, latency and overall quality of Internet connections. It compares thousands of user-initiated tests taken across Bahrain on all platforms (iOS, Android, Windows, macOS and others) and analyses the data based on the most advanced methodologies to ensure that winners of the coveted Speedtest award truly deserve the win.

Celebrating the achievement, VIVA’s CEO Eng. Ulaiyan Al Wetaid said, “We’re very glad to see that our substantial investments in the latest network technologies are delivering results that are recognised by all. This achievement encourages us to continue strengthening our efforts to evolve our network technology and invest in what is best for Bahrain, and ultimately deliver the best customer experience.”

Ookla’a recognition is one of many prestigious awards that VIVA has received for its network performance. Earlier this year, a study conducted by P3 Communications, a Germany-based leading company in network monitoring and testing, also confirmed VIVA Bahrain’s superior quality of data and voice services and ranked it number one.

These esteemed achievements are the result of VIVA’s continued investments in introducing the best global technologies to Bahrain for the benefit of all customers, and these efforts continue to position the Kingdom of Bahrain on the global map. VIVA has recently upgraded its mobile network with LTE-Advanced and VoLTE nationwide, which allows its customers to experience download speeds at up to 225Mbps.