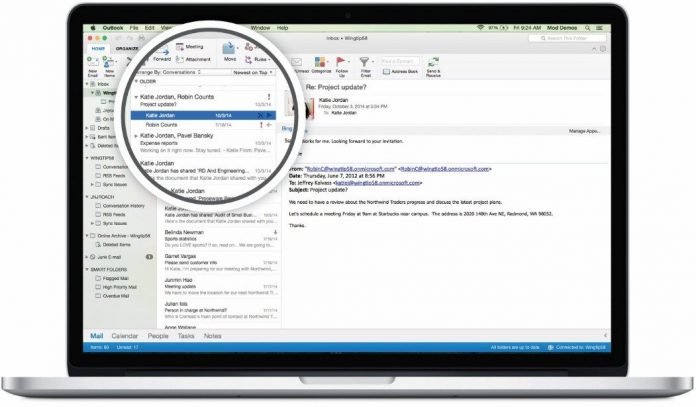 Microsoft announced that it’s implementing several new features in Outlook for Mac, all of which have been highly requested by its Office 365 subscribers. Timed emails, delivery notifications, email templates, and more are being added to the Mac software.

With a new Send Later feature, Outlook for Mac users can draft an email and then schedule it to send at another time using the new drop-down Send Later button located next to the send button. The email is saved to Drafts and then sent automatically at the specified time.

Alongside Send Later, there are now options to be notified when an email has been delivered and read by a recipient. Delivery receipts confirm that an email has been sent to the recipient’s inbox, while a read receipt confirms that a message has been opened. Outlook for Mac users can also choose to decline to send read receipts.

To make it quicker to send the same type of emails, messages can now be saved as templates, and emails can also be dragged and dropped to the calendar to make automatic calendar appointments. Microsoft is also improving the account setup experience through automatic detection of email account type (Exchange, IMAP, or POP) and automatic email account importing when you’ve previously signed into another Office app.