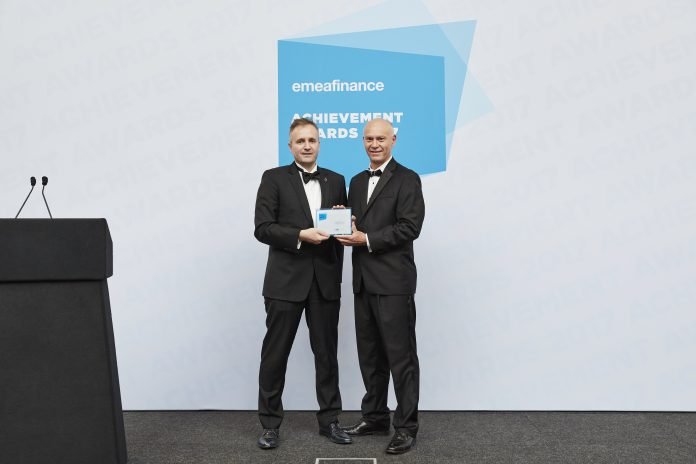 GIB Capital, the Riyadh-based regional investment banking and asset management arm of Gulf International Bank (GIB), is proud to announce that it was recognised as “The Best bond house in the Middle East” at the EMEA Finance’s Middle East Banking Awards 2017. The awards were announced at EMEA Finance Achievement Awards Charity Dinner held in June 2018 in London. 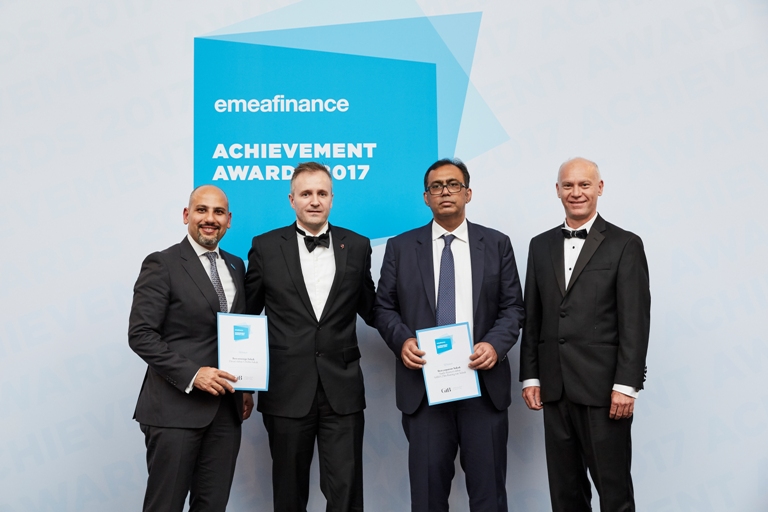 Roderick Gordon, Head of Debt Capital Market, was also awarded ‘the Dealmaker of the Year award’ at the ceremony.

The EMEA Finance’s Middle East Banking Awards announced GIB Capital as one of their winning deals and dealmakers of 2017 in their 10th Anniversary edition of its annual Achievement Awards publication. This Award is nominated by parties including banks and their clients, and chosen by the EMEA Finance editorial team.

GIB Capital achieved a number of milestones in 2017. Acting as Joint Lead Manager and Joint Bookrunner, GIB Capital successfully priced a US$ 12.5 billion multi-tranche bond issuance for the Kingdom of Saudi Arabia, on behalf of the Ministry of Finance. The transaction is the third largest sovereign issuance ever completed and the largest sovereign issuance in 2017, as well as the largest emerging market bond transaction in 2017.

In addition, GIB Capital was Joint Lead Manager and Joint Bookrunner for the successful pricing of a US$ 3.0 billion multi-tranche bond issuance for the Kingdom of Bahrain, represented by the Ministry of Finance (Bahrain). This was Bahrain’s largest ever syndicated debt capital markets transaction, drawing in excess of US$ 15.0 billion of demand.

The General Directorate of Traffic announced that the services that required personal attendance would be processed after booking appointments through the Skiplino smartphone application...
Read more
iGA

The National Bank of Bahrain (NBB) has announced that it is has extended its support to its Commercial and SME customers impacted by the...
Management Principles

While the world is fire-fighting the COVID-19 virus epidemic and not learning from many past disasters to establish a scientific Disaster Recovery Plans, it...
© GO ALIVE MEDIA
MORE STORIES