An Audi A3 car was presented to...
Sports This WeekRiyadh to host the 2023 World Combat Games 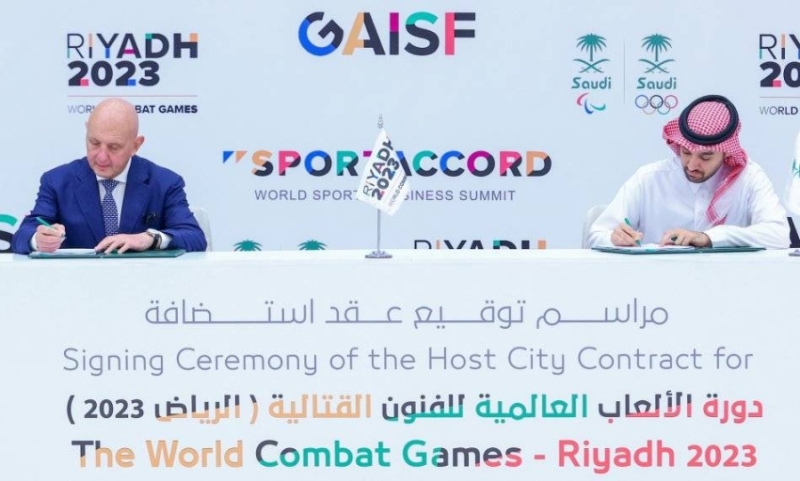 Prince Abdulaziz bin Turki Al-Faisal expressed sincere appreciation of the Custodian of the Two Holy Mosques King Salman bin Abdulaziz Al Saud and HRH the Crown Prince for the unlimited support they lend for the sports sector, resulting in the Kingdom’s hosting of various events at the regional and global levels, demonstrating the Kingdom’s organizational and professional potentials in attracting sporting events and the diversity of games.

He pointed out that this event is an extension of the global hosting that made Saudi Arabia a global hub for major sporting events, in reflection of the objectives of the Kingdom’s Vision 2030, and thus promote a vibrant society with a diversified and prosperous economy, adding that the Kingdom is also well equipped with an advanced infrastructure ready to organize this event, which includes 15 martial arts games.

Ferriani said that the event is part of a memorandum of understanding between the two sides, adding that the Kingdom will not only organize a sporting event but will also organize a cultural one, as the history of combat martial arts games extends for thousands of years.

“The Kingdom is an ideal option for hosting the event, especially after the global pandemic. There will be workshops presented by martial arts masters, educational conferences, and the first global martial arts gala to honor the legends of the 15 martial arts games during the event,” said Ferriani.