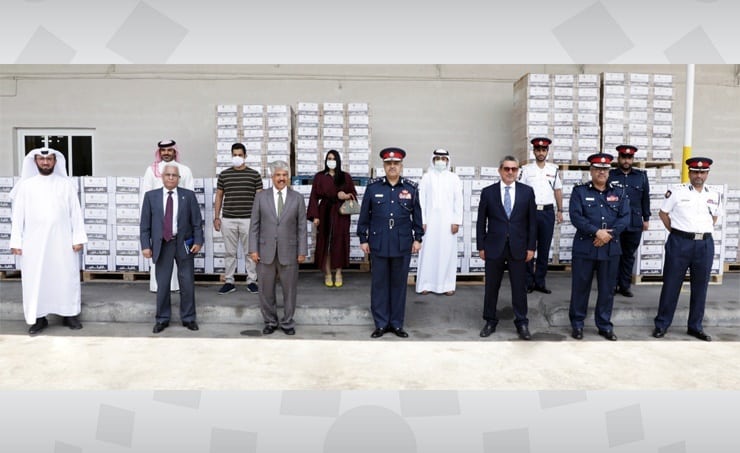 A charity initiative aimed at supporting Bahraini citizens and families and other needy people affected by COVID-19 has been unveiled.

The Royal Humanitarian Foundation (RHF) Humanitarian Committee launched the charity scheme, “Your Food at Your Home”,  in cooperation with the Ministry of Interior.

The charity initiative is in line with the decision of the Executive Committee, chaired by His Royal Highness Prince Salman bin Hamad Al-Khalifa, Crown Prince, Deputy Supreme Commander and First Deputy Premier, assigning the Royal Humanitarian Foundation to set up a coordination committee in charge of distributing the Feena Khair proceeds.

The move followed also the directives of  His Majesty the King’s Representative for Humanitarian Work and Youth Affairs, National Security Advisor and RHF Board of Trustees’ Chairman His Highness Shaikh Nasser bin Hamad Al-Khalifa.

He said that the  “Your Food at Your Home” initiative represents the second phase of the distribute of meals to needy people as part of the campaign which was launched in Ramadan.