The Ritz-Carlton, Bahrain is rolling out the red...
In focusSpotlightRuba Youssef Al-Omari: A True Face of Bahraini Resilience and Dedication 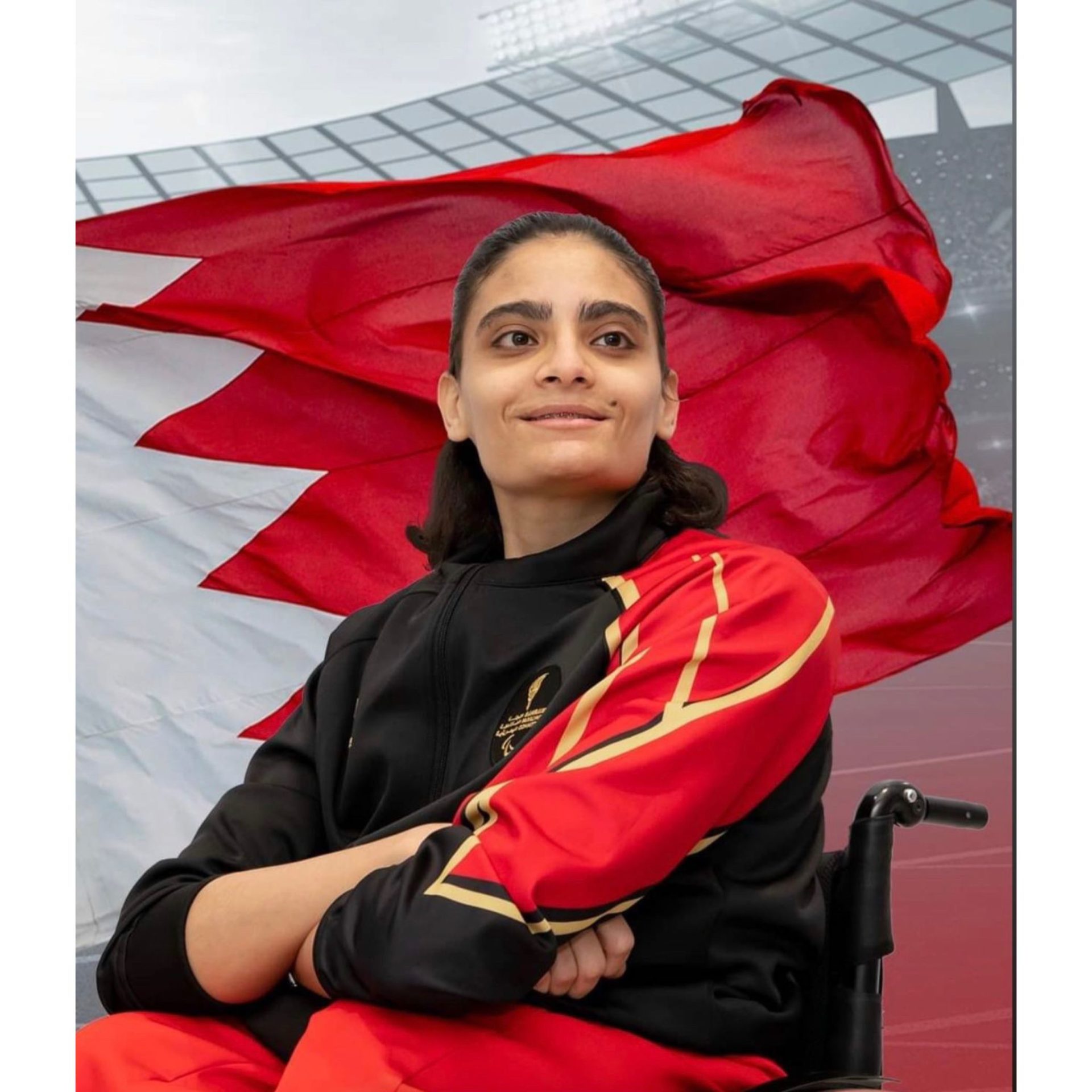 Ruba Youssef Al-Omari, a BS Business Informatics alumna, an employee of the Ministry of Youth Affairs and Sports, is the first wheelchair basketball player in the Gulf region.  Shehas garnered 26 championships in her sports participation in Tokyo Olympics in Japan 2021, World Discus Throw, Gulf Leagues, and West Asian Championship among others. She has won 28 Gold, 13 silver and 6 Bronze medals for the Kingdom.

A true face of Bahraini resilience and dedication, Bahrain This Week is proud to present a detailed interview with Ruba Youssef Al-Omari.

How was your first entry to Para Athletics?

I entered the world of Para Athletics when I was 23 years old. I was so excited to start this new chapter of my life. The Bahrain Paralympic Committee (BPC) was established in 2017, following the resolution issued by His Highness Shaikh Nasser bin Hamad Al Khalifa, Chairman of the Supreme Council for Youth and Sport, and representative for His Majesty the King for charity work and Youth Affairs. I was so fortunate to join them and train under great athletes.

Who was your first trainer and how was the training method?

My first trainer was Abdallah Al Dakheel , From the basic training program for beginners, we worked together for excellence and desire to chase  our sporting ambitions that will us onward.

You’ve made the Kingdom proud by winning medals of international Shot Put, Discus and Javelin Throw competitions. Out these, which is your favourite and why?

Discus throw is my favourite.  I had achieved a new record by finishing fifth in the discus throw competition, scoring a personal record (23.11 meters) at the 2020 Tokyo Paralympic Games. I still believe and aspire to excel in this field.

Where did you receive the greatest support to chase your dreams?

I drive my inspiration, support and unconditional love from my family and friends.

How has the Kingdom acknowledged your achievements?

Due to our higher leadership, sports became an integral part of the Kingdom of Bahrain’s history and culture. The Kingdom of Bahrain has consistently supported everyone following the directives of our wise leadership, the support of His Highness Shaikh Nasser bin Hamad Al Khalifa, Chairman of the Supreme Council for Youth and Sports and Representative of His Majesty the King for Charity Works and Youth Affairs, and His Highness Shaikh Khalid bin Hamad Al Khalifa, First Deputy Chairman of the Supreme Council of Youth and Sports and Honorary President of the Bahrain Sports Federation for Disabilities. The Bahrain Paralympic Committee helps us to remove barriers that could prevent us from taking part in sporting activities or competitions.

However, personally I would say that the media In Bahrain is not very strong to support us and would request more attention to our achievements.

What’s the proudest moment that you have had during these years?

Qualifying to the Paralympic games in Rio and Tokyo as I achieved 6th place in Rio and 5th in Tokyo is the proudest moment so far.

My next goal is to be top 3 in World Championship and the next para games in Paris.

What’s your message to your successors?

My message to my successors is to carry on the legacy as I did to the great athletes before me and to set new records that make our Kingdom proud!.