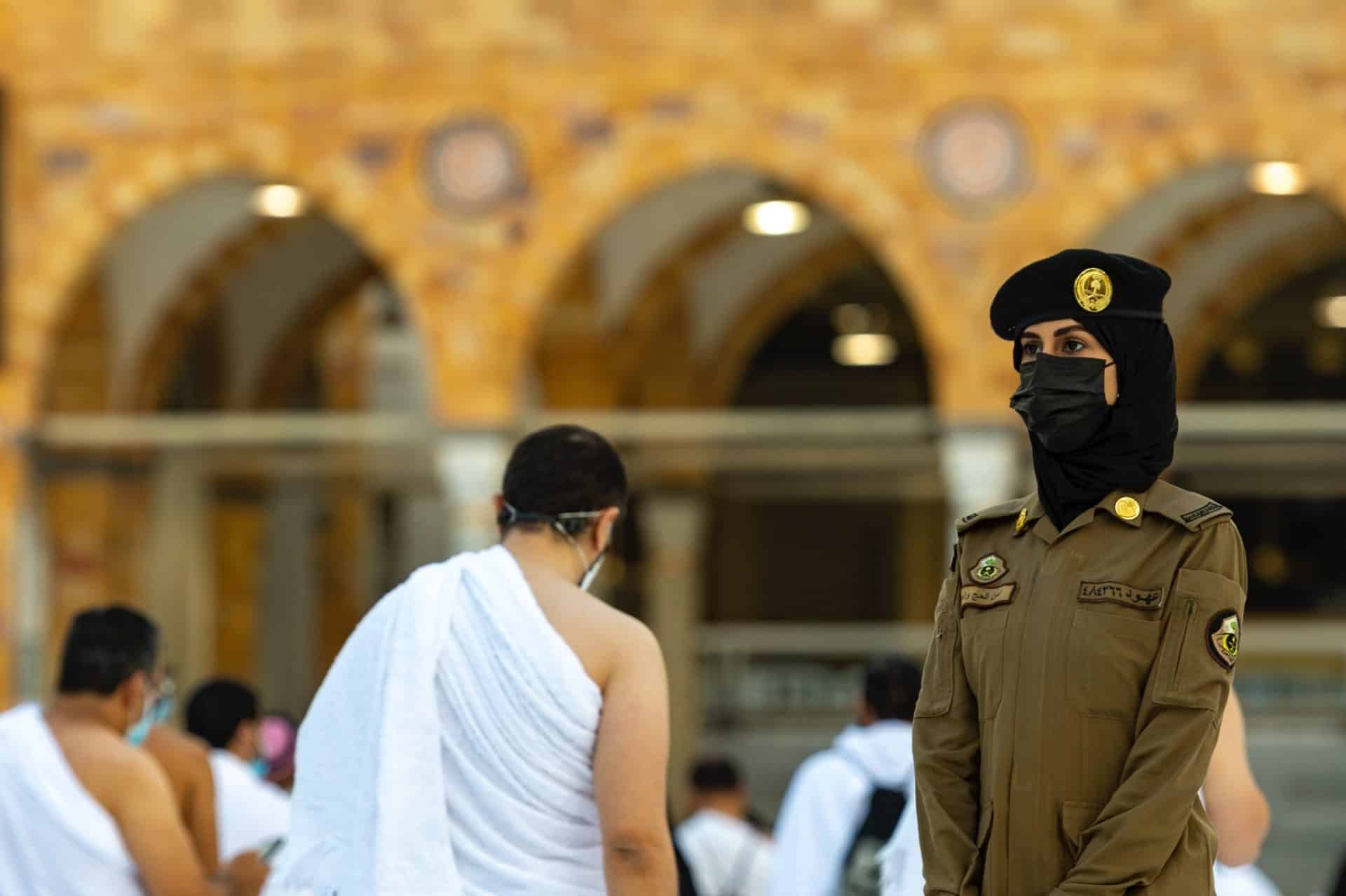 The Saudi Ministry of Interior published photos of female security officers on duty for the first time at the Grand Mosque. A series of reforms enacted by Crown Prince Mohammed Bin Salman bin Abdulaziz to advance the rights of women in the country allows them to climb the ranks in its internal security forces.

Saudi Arabia’s Ministry of Interior posted photos of the guards on their official Twitter account. The guards are ensuring health protocols are being followed for the worshippers and pilgrim’s safety.