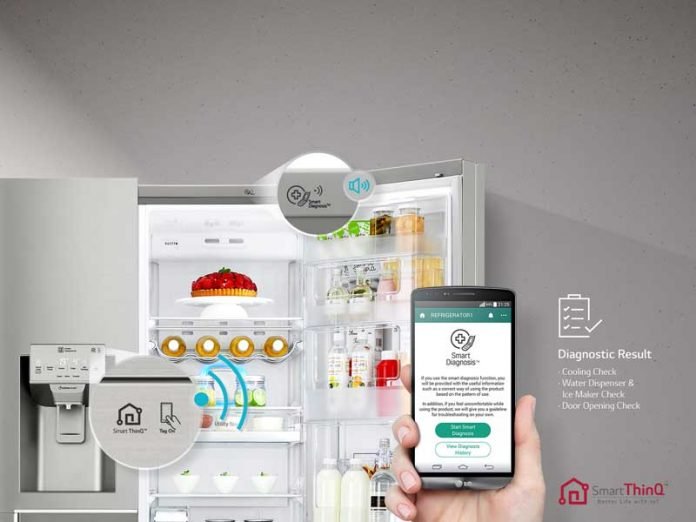 Smartphones in developing an interconnected and convenient world

Over the past decade, smartphone manufacturers have constantly been pushing the boundaries of innovation to develop devices that are user-centric, convenient and intuitive. However, even though the evolution has been quite rapid in the past, it pales in comparison to what is in store for the future especially as we are on the brink of a revolution led by the Internet of Things (IoT) and Artificial Intelligence (AI).

Smartphones are the bridge to a smart ecosystem designed to create future platforms for users to make their lives more simple, efficient and productive. By empowering people to control their lives on-the-go, it gives them the freedom to make efficient decisions to enjoy the finer things in life as opposed to wasting time to figure out a solution on how to complete a specific task.

At present we are seeing the rise of new and exciting smart home appliances and devices that have the potential to future-proof an individual’s home – such as the LG Hub Robot that not only connects LG’s smart appliances around the house, like the oven, robot vacuum cleaner and washing machines but learns a user’s patterns and adjust its use of these appliances accordingly as time moves on.

What makes this more unique is that today, people have the power to control all the devices through their smartphones via an app – such as the LG SmartThinQTM. However in the near future and with the introduction of the IoT, we can expect to see a world with heightened connectivity amongst devices whereby they communicate with other to ensure we have the most seamless and pleasant experiences throughout the day.

A recent report titled ‘IoT – How Real is it Today?’ by Frost & Sullivan’s Digital Transformation practice stated that the IoT will generate economic benefits worth up to USD 11 trillion globally by 2025 while GCC countries will see high adoption of the IoT. Furthermore, the IoT connects more than 10 billion devices worldwide and over the next five years, this number is expected to grow to 100 billion.

On the other hand across the world, the cognitive and AI market is expected to grow by 60 percent to USD 12.5 billion according to recent reports by IDC.

“LG is an innovator and we believe that smartphones are the key to a better life,” said Yong Geun Choi, President of LG Electronics Gulf. “People take their smartphones with them everywhere they go enabling it to assist users to control every aspect of their life. Soon consumers across the world will be able to realize unprecedented level of connectivity facilitated by AI, deep learning and robots that will enable users to live significantly better lives – be it at work, at home or anywhere.”

Today, robots are more advanced than ever before. The LG Airport Robot for example that will be showcased at the airport in Korea, is equipped with voice control making it understand four different languages – Korean, English, Chinese, and Japanese – in order to provide assistance verbally. The robot has the ability connect to the airport’s central server to provide information regarding boarding time and locations of restaurants, shops, and much more. With a quick scan of a boarding pass, the Airport Guide Robot can escort the late or lost traveler to the right departure gate on time.

In the very near future however, we can expect smartphones to provide similar levels of service especially with the rise in AI and the IoT.

On the day of departure, the smartphones will have the power to asses traffic flows and order a taxi to ensure that it gets to the home in time. If the user accidently forgets to switch off any home appliance, the devices will identify that the user is en-route to the airport and switch everything off automatically to save electricity and costs. Furthermore, as soon as the user gets to the airport and after they check in, they will be able to identify their favorite eateries and departure gates, make reservations, place orders and even pay.

The smartphone of today will be the smart assistant in your pocket tomorrow and given the rapid pace of development in the technology industry, we can expect to see this level of interaction and engagement quite soon.

According to Choi, the faster we can adopt to and implement these technologies, the faster we can realize and achieve a truly interconnected world that enhances the overall convenience of users regardless of who they are or where they may be.