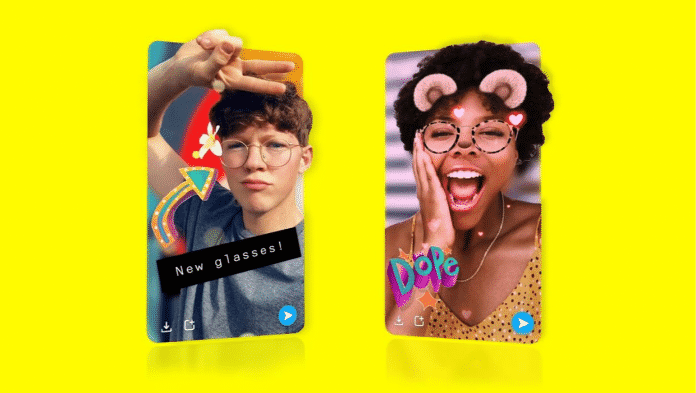 Snapchat continues to up its selfie game, by introducing a new camera mode that it says makes selfies more 3D-like. People with an iPhone X or newer can use “3D Camera Mode” to capture a selfie and and apply 3D effects, lenses, and filters to it. People who receive or take these Snaps, even if they don’t have an iPhone X, can move their phone around to get a better sense of the dimensions. A Snap spokesperson says the company will eventually support additional devices.

Snap first introduced the idea for 3D effects with Snaps when it announced its latest version of Spectacles, which include a second camera to capture depth. The effects and filters add things like confetti, light streaks, and miscellaneous animations.

The 3D selfies captured in Snapchat can be shared on the app or saved to a user’s camera roll and shared elsewhere. Sharing outside the app will take away the ability for people to move their phone around to change the image’s perspective. I haven’t had a chance to test this mode yet, but I’m particularly interested to see how the 3D photos translate outside of Snapchat, given that Snapchat’s most popular features are often used in the app and then saved to share on Instagram.

As leading technology companies are planning to make remote working the ‘new normal’ and users of major virtual conference services such as Zoom and...
Read more
Spotlight

Y.K. Almoayyed & Sons, the sole distributor of Nissan vehicles in the Kingdom of Bahrain is proud to have hosted a special delivery ceremony...
Tech