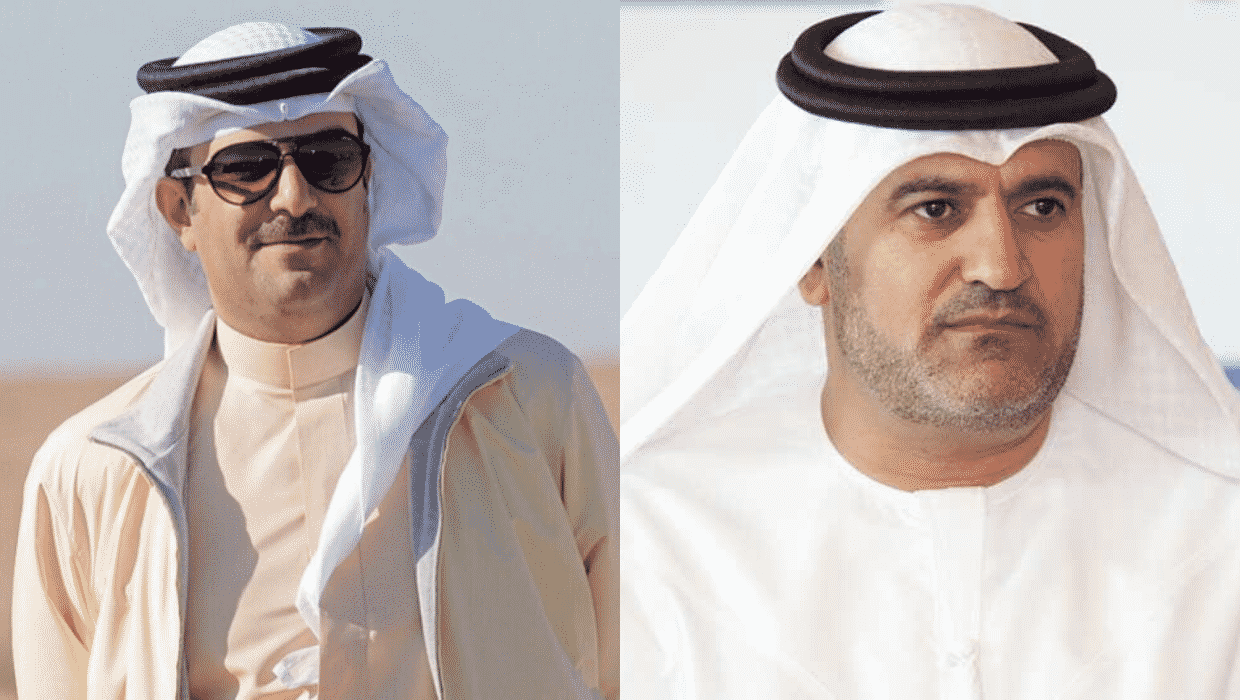 Following the instructions of HH Shaikh Nasser bin Hamad Al Khalifa, Representative of His Majesty the King for Humanitarian Work and Youth Affairs, National Security Advisor and President of the Supreme Council for Youth and Sports, Shaikh Duaij bin Salman Al Khalifa, Chairman of the Horse Care Affairs Authority, held a meeting with Mr. Saeed Al Tayer, Chairman and CEO of Meydan Group in Dubai as part of the joint cooperation between Bahrain and UAE in the equestrian and horse care fields.

At the beginning of the meeting, Shaikh Duaij underlined that HH Shaikh Nasser is keen on strengthening the Bahrain-UAE ties in various fields, including the equestrian sports and horse care areas, as well as pushing it forward towards new heights through the introduction of pioneer initiatives. “We highly value the important role being played by HH Shaikh Mohammed bin Rashid Al Maktoum,  Vice President and Prime Minister of the UAE and Ruler of Dubai, whose initiatives and experiences have upgraded the equestrian sports in UAE and made it among the leading countries in this sport,” Shaikh Duaij said.

Moreover, Shaikh Duaij stated that equestrian sports in Bahrain and UAE is moving on the right path towards achieving further successes and accomplishments, as a testimony to which the recent achievements accomplished by both countries at the regional and international levels.

For his part, Mr. Al Tayer applauded the leading role of HH Shaikh Nasser bin Hamad Al Khalifa in developing equestrian sports in the Kingdom of Bahrain, stating that such efforts confirm his keen desire to follow the same path that of his father HM King Hamad bin Isa Al Khalifa, the King of the Kingdom of Bahrain, whose ambitions to improve equestrian sports in this region is well-known. “UAE, thanks to the instructions of HH Shaikh Mohammed bin Rashid Al Maktoum, are keen to enhance the joint cooperation among Bahrain and UAE in the equestrian field and other horse sports,” he pointed out.

It’s worth noting that the meeting agreed on striking a joint cooperation agreement between Bahrain and UAE to continue their efforts towards developing equestrian sports among both countries.