Whether you’re a landlord or a tenant,...
CultureInside BahrainStudents from Bahrain Mission to Space Camp participate in Dubai Aishow 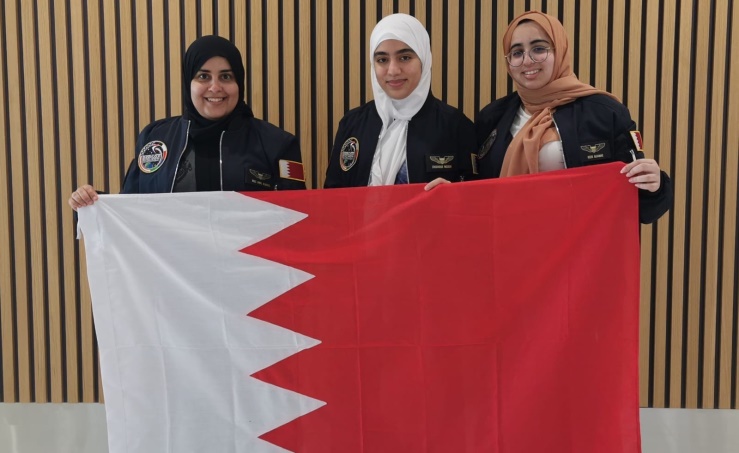 Two students from the Bahrain Mission to the International Space Camp, including Amna Albusmait and Reem Al-Hamar, accompanied by Amal Al Binali, participated in the Dubai Airshow.

Members of the team met Tom Kallman, the President and CEO of Kallman Worldwide, and former US astronaut Brigadier-General Charles Duke, the member of the astronaut support crew for the Apollo 10 flight, the Capsule Communicator for Apollo 11, the backup lunar module pilot on Apollo 13, and lunar module pilot of Apollo 16 in 1972, becoming the tenth and youngest person to walk on the Moon.

The meeting is at the request of the Kallman Worldwide to the Mission members, who were named to participate in the international Space Camp to develop their knowledge in the fields of science, technology, engineering and mathematics.

On the occasion, Amal Jassim Al-Binali, Head of the Strategic Planning and Project Management Department at the National Space Science Agency (NSSA), extended sincere thanks to Kallman Worldwide for providing an opportunity for the students to meet Charles Duke and talk to him about his personal experience.

The former astronaut held two seminars at the Dubai Airshow and Expo 2020 Dubai, in which he shed light on his upbringing, training and unique experience of walking on the surface of the moon. He also answered the inquires of the public.

Al-Binali expressed thanks to NSSA’s executive management and Board of Directors for their constant support for everything aimed at increasing the awareness of various social segments, as well as contributing to shaping youth’s future tendencies.