Love is the panacea for all pain...
SocietyPR This Weektalabat partners with AlHaddad Motors to raise awareness of breast cancer awareness month 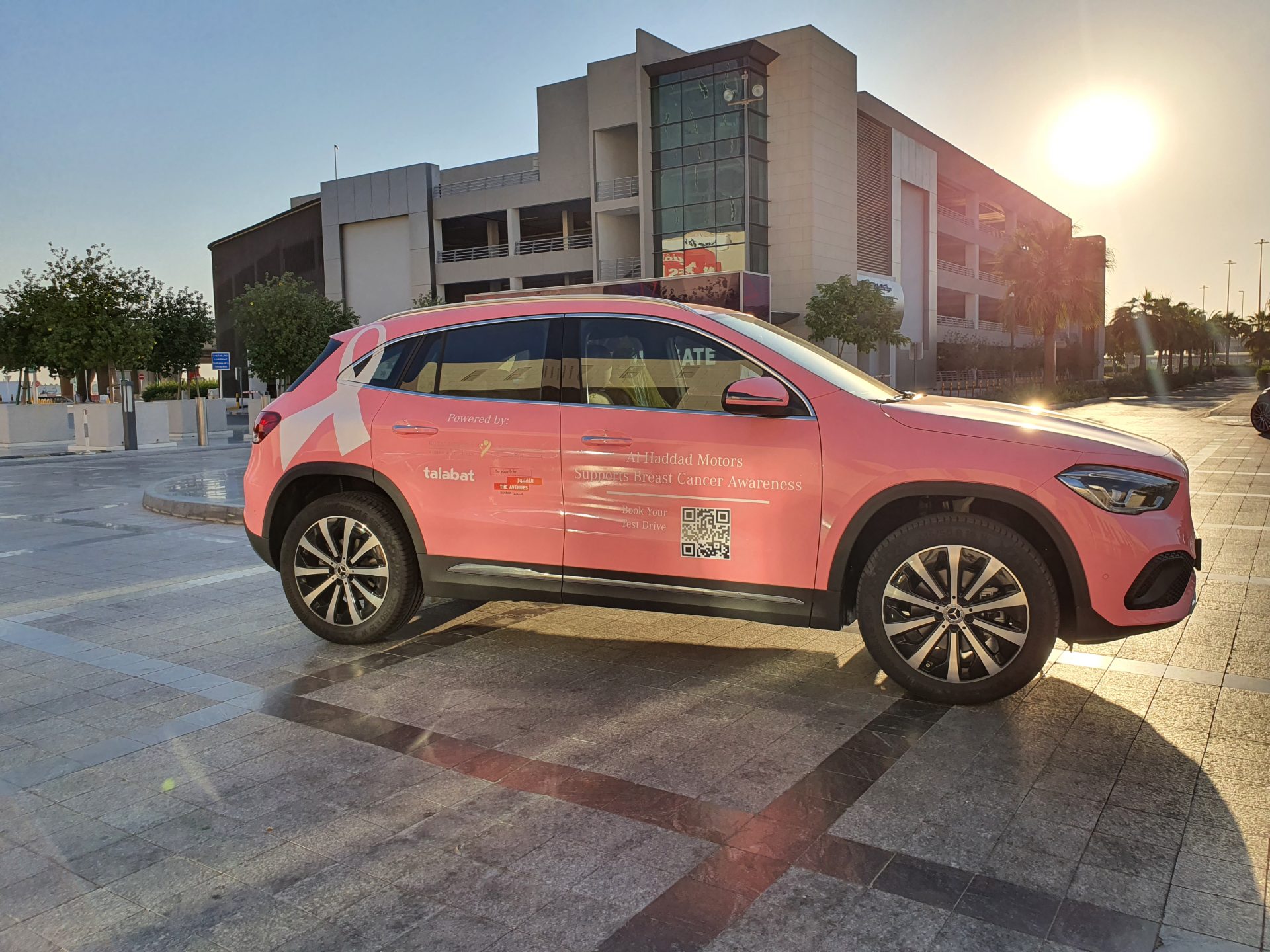 In honor of Breast Cancer Awareness Month, talabat, the region’s leading food and grocery delivery app, announced its strategic partnership with AlHaddad Motors, the sole authorised general distributor of Mercedes-Benz in the Kingdom of Bahrain, to raise awareness and provide support on combating the disease. AlHaddad Motors provided talabat with a pink Mercedes-Benz GLA car branded with support messages for talabat to deliver food orders and donate flowers to customers in support of the cause. As part of the initiative, 50 female talabat customers were selected at random and gifted with a mammogram screening at the Royal Hospital for Women and Children to encourage women to get regular screenings.

Imran Ali, Marketing Manager at Al Haddad Motors said: “We are excited to collaborate with talabat and support the Breast Cancer Awareness initiative in conjunction with Royal Hospital for Women and Children, the Avenues Mall as well as Al Haddad Commercial Center. We have joined the Breast Cancer Awareness initiative in the hopes of educating more people on the significance of early detection and remind them that it can help save lives.”

talabat Bahrain’s partnership with AlHaddad Motors exhibits the organisation’s commitment towards aiding and uplifting the local community in addition to shaping the respected industry landscape. As part of talabat’s ongoing mission, the organisation advocates educational endowment by partaking in the open dialogue regarding the importance of education, early detection and support services available.