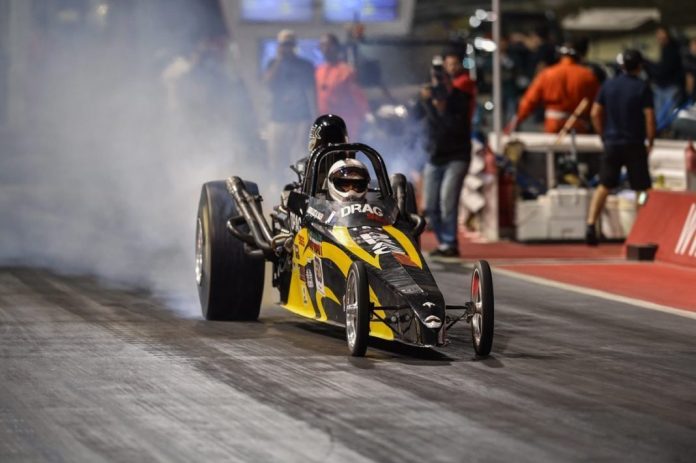 The first Test and Tune of the new drag racing season is scheduled to take place on Friday (Editor’s note: October 30) at Bahrain International Circuit (BIC) in Sakhir.

The tests are being held in preparation for round one of the 2015/2016 Bahrain Drag Racing Championship.

They are scheduled to get underway at 7pm and continue all the way until 11pm. Action will be held along BIC’s state-of-the-art quarter-mile drag strip, which is a member of the prestigious National Hot Rod Association (NHRA) Worldwide Network.

All are welcome to attend and watch as some of the region’s best drag racers gear up for another exciting campaign. Tickets cost BD2 for adults and BD1 for children. Tickets are available at the gate.

Friday’s test and tune has been organised by the Bahrain Drag Racing Club, in cooperation with BIC and the Bahrain Motor Federation.

Following the tests, the new season is set to be held. It is set to feature five rounds, to be held from November to March of next year.

Each meeting is slated to have two days of testing on Tuesday and Wednesday, to be followed by qualifying on Thursday and race day on Friday.

The first round kicks off all the action from November 10 to 13. Round two is then set from December 15 to 18. It is set to be a special round, as it coincides with the kingdom’s National Day.

Round three will be the first of the new calendar year, set from January 12 to 15. The fourth round follows from February 23 to 26, and then the season finale will take place from March 1 to 4.

The Bahrain Drag Racing Championship is the Gulf’s leading series in the sport. Participants come from all across the region and beyond, and they battle it out for trophies and points that count towards an end-of-season standings to determine an overall champion.

Each of Bahrain’s champions will also be awarded a prestigious “Wally” trophy, which is a great honour given only to winners of NHRA-sanctioned events.

For more information on the test and tune or the Bahrain Drag Racing Championship, visit the circuit’s official website on www.bahraingp.com or call the BIC Hotline on +973-17-450000.