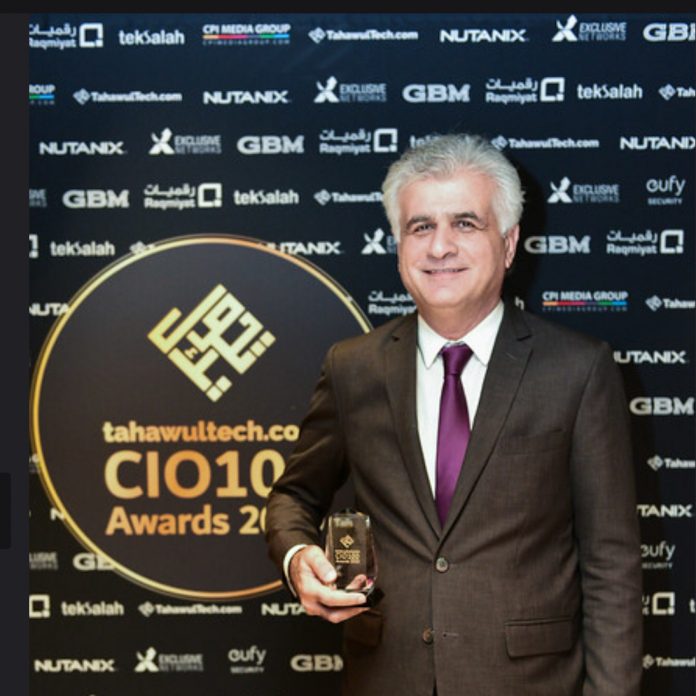 Dr. Jassim Haji is one of the most respected business leaders in the Middle East’s IT ecosystem and have been very vocal in his support for the continued development of AI in order to improve the lives of all in society. Recently the leading and oldest technology media and a research group in the Middle East, Tahawultech and Computer News Middle-East (CNME) – virtually held its annual major award ceremony for Celebrating Technology Leaders that have shown the way during the COVID-19 crisis and awarded “Winner of Transformation Leader for 2020” to Dr. Jassim Haji for his contributions towards artificial intelligence including researches and publications during the past six months. Dr. Haji is the only winner from the Kingdom of Bahrain and has won more than 20 international and regional individual awards for his innovations and contributions towards technologies and artificial intelligence.

BTW talks with Dr. Haji, the regional AI researcher and expert and who has management and executive experience in Aviation, Hospitality, Technology, and Telecommunications for over 30 years. 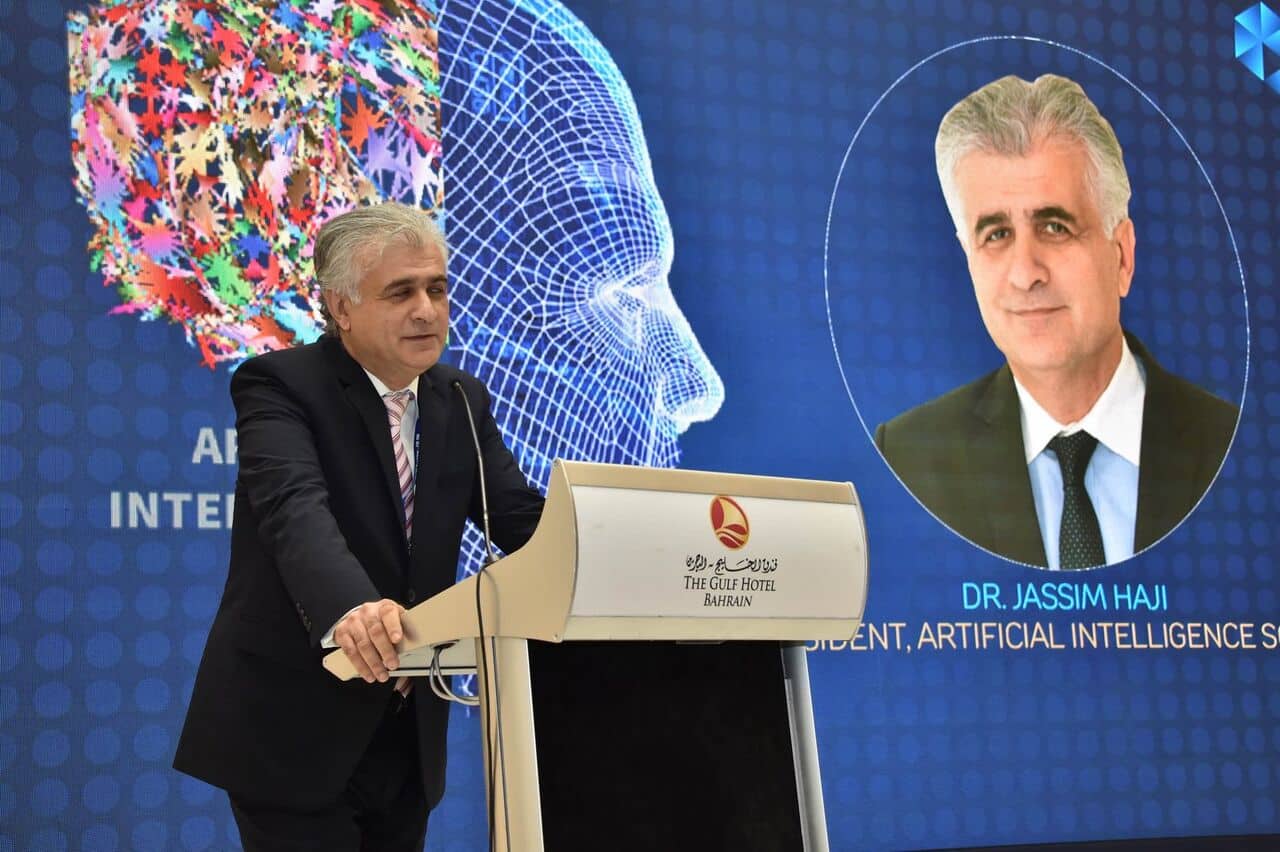 How will AI affect the world we live post COVID-19?

China and the US are real leaders when it comes to AI, and both are trying to now  deploy the technology in the middle of this global pandemic to try and curb the spread of the deadly virus.  Investment in R&D is expensive, but I think that both countries looked beyond the capabilities of AI for the greater good of society in order to focus on the economic impact it could have on the industry and the global markets.

I believe that post-COVID-19 the situation will be entirely different, and the entire world will acknowledge that we can’t just go back to normal and think everything is going to be the same as before. We need to rethink how we structure our societies and I think people will ‘demand’ that we seize on the benefits of new technologies to improve society first and foremost, before we attempt to commercialize them.

We really should’ve better-developed robotics through Machine Learning in relation to the healthcare industry over the last number of years, as it could’ve prevented many nurses and doctors from sadly losing their lives during this pandemic. Simple tasks such as taking swabs and temperatures to determine whether or not somebody had the Coronavirus would’ve protected so many frontline workers.

One of the greatest strengths of AI is in the forecasting and predictive capabilities of the technology which is based on the data at its disposal. You could’ve predicted which areas were going to be worse affected and enabled medical professionals to focus on where the next challenge would arise.  The predictive capabilities of AI have been used on the New York Stock Exchange to see how markets will fluctuate and basically determine how people can make money. However, this doesn’t exist in the healthcare industry, and it should’ve been implemented to help both predict and prevent this outbreak.

One of the positives from this current situation is that when this pandemic reaches its conclusion, it will change the perception of AI on a global scale and reduce the levels of skepticism that have been directed towards the technology in the last number of years.

The mindset towards AI will change fundamentally. There was a lot of resistance towards AI on a global scale that automation would result in the loss of millions of jobs and it would pave the way for some sort of dystopian world. It is in human nature to resist change. However, AI is a powerful technology that if used properly can help make the world a better and safer place for us all to live in.

What will the work of the future be like?

More routine functions will cease to be performed by humans, with intelligent machines taking over many of the jobs currently performed by low-paid and under-skilled workers. There is a challenge for the MENA region in this regard. Some countries of the Arabian Gulf, for example, have subsidized employment for their nationals in manual or “routine” sectors and these are just the kinds of jobs that are likely to vanish as AI technologies become more widespread.

In the US, the past decade has seen the number of AI machines employed double across the industrial sector, and there are now two robots for every 1,000 humans working in industrial processes, like car assembly and, according to the World Economic Forum, with the most in technologically sophisticated California. But it will not make sense to replace all these mundane jobs with AI products. Robotics work well in manufacturing processes, but less so in-service industries. A robot can help produce a motor car but is not as good as a human when it comes to stacking a supermarket shelf. There are big implications too for global economic development. Experts expect the gap to widen between the developed West and the less emerging economies of some parts of Asia, Africa, and South America. Global migration patterns will also be affected.

Currently, migrants come from developing countries to do lower-skilled jobs in places like Europe and North America, but if these jobs are replaced by robot workers, a vital source of aspiration – and remittances – will be reduced and may even disappear. This is when strategy and direction are required for the forthcoming 4IR transformation. Academic institutions focused on the STEM disciplines – science, technology, engineering, and mathematics – will be at a premium, rather than academic certificates. In the Middle East, governments and educational policymakers have been promoting STEM skills, especially for women, in their academic institutions.

According to UNESCO, 34-57% of STEM graduates in Arab countries are women, which is much higher than in universities in the  US or Europe.

What are the new technological potentials that have been uncovered during the past 6 – 12 months?

The next generation of quantum machines – which can act millions of times faster than today’s computers – will take that to another level. But it is not simply a revolution in technology. It will need new professional skills from data scientists, algorithm writers, mathematicians, and businesspeople to ensure it is managed efficiently. In the MENA region, several countries have made big advances towards smart cities and smart governments and have institutionalized AI in government ministries and academia. The region has been an early adopter of AI techniques and methods.

In Saudi Arabia, the NEOM project – a $500 billion plan to create a hi-tech urban community in the northwestern desert – is probably the biggest single AI project in the world. The UAE was the first country in the world to appoint a minister responsible for AI affairs. Much of the work on these projects will be done by large global technology companies, but there will inevitably be technology transfer involved, adding to the AI skills of economies in the region; this includes Bahrain, which has a trained and well-educated workforce as part of its young and digitally aware demographic.

The AI Society of Bahrain was launched in an attempt to capitalize on the potential the country has in AI, which could offer better value for money than existing AI hubs in the UAE and Saudi Arabia. While all eyes are on NEOM and the big projects in the UAE and elsewhere in the Gulf, Bahrain has the opportunity to become a regional center for AI research and development, with significantly lower costs compared to other hubs.

What are the changes in the areas of cybersecurity over the coming years?

Over the next two decades, advances in robotic technology, digitalization, and data science will change many of the most fundamental aspects of our daily lives and transform economic relations between individuals, corporations, and governments. That transformation has the potential to be profoundly beneficial for humanity, but it also presents big challenges. The transformation cuts both ways. Science fiction is transforming into reality.

In just one area – cybersecurity – billions of dollars have been invested by corporations, and by the government to protect themselves against digital attacks by AI foes. In 2004, the global cybersecurity market was worth $3.5 billion – and in 2017 it was expected to be worth more than $120 billion. Cybersecurity Ventures predicts global spending on cybersecurity products and services will exceed $1 trillion cumulatively over the five-year period from 2017 to 2021.¹ The AI “warriors” seem to be one-step ahead of the digital industry. The term AI was coined in the US in the 1950s, but it is only in the past decade that it has moved beyond visions of Frankenstein monsters and Terminator robots.

Now AI is at the heart of the 4IR, the symbiosis of technology, data science, and digital communications that will affect our way of life as much as the agricultural, manufacturing and electronic revolutions of the past. As it has developed, the concept of AI has itself changed significantly. What began as the creation of smart machines to help human beings in some of the more humdrum tasks they have to perform, has turned into the production of smart machines that make decisions on behalf of humans.