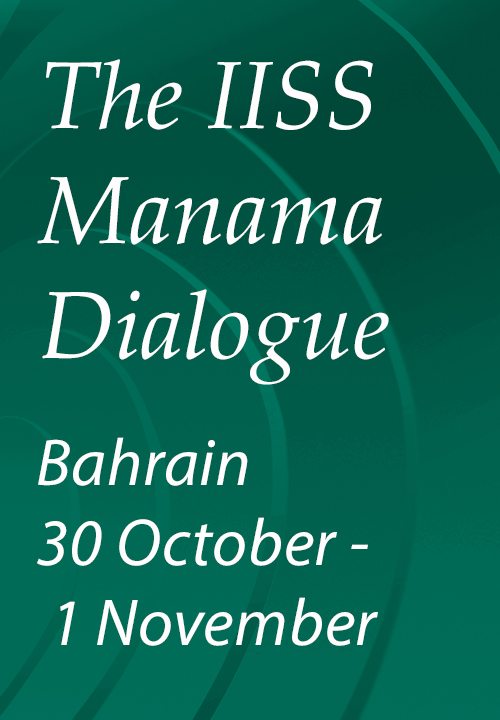 The International Institute for Strategic Studies (IISS) is pleased to announce key delegates participating in the 11th IISS #Manama #Dialogue, to be held 30 October -1 November 2015 in the Kingdom of Bahrain.

The IISS Manama Dialogue is an inter-governmental summit held to foster regional security diplomacy in the Gulf. It provides a space for national security leaders and analysts from the Gulf, the wider Middle East, North America, Europe and Asia to debate and consult bilaterally and multilaterally on key security and foreign policy challenges. Now in its eleventh year, the IISS Manama Dialogue has become a key pillar in the evolving Gulf security architecture.