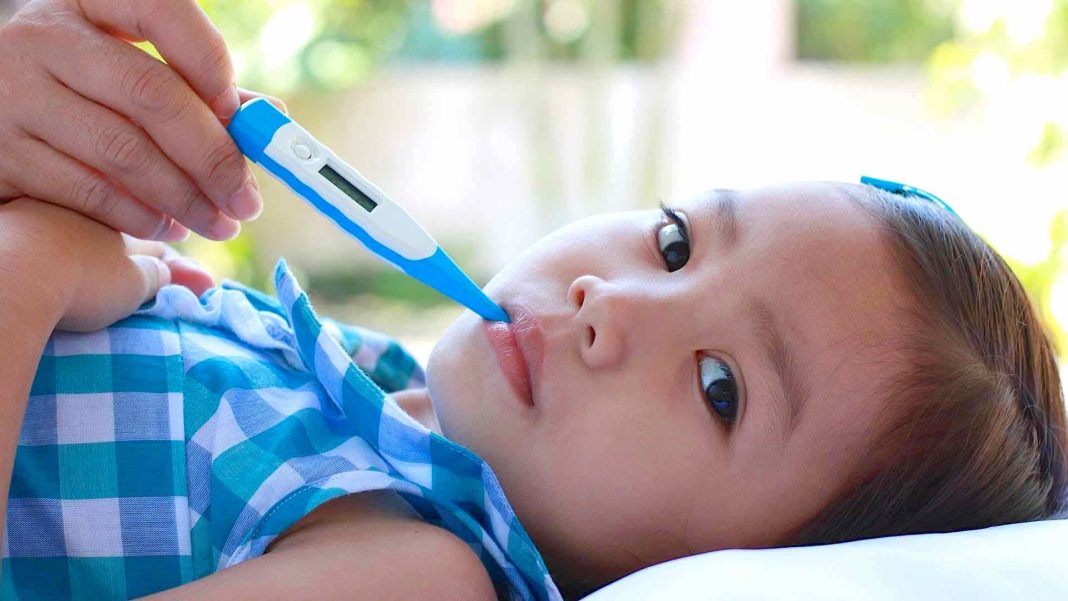 Febrile seizures are convulsions brought on by a fever in infants or small children. During a febrile seizure, a child often loses consciousness and shakes, moving limbs on both sides of the body. Less commonly, the child becomes rigid or has twitches in only a portion of the body, such as an arm or a leg, or on the right or the left side only. Most febrile seizures last a minute or two, although some can be as brief as a few seconds while others last for more than 15 minutes.

Most febrile seizures occur during the first day of a child’s fever. Febrile seizures usually occur in children between the ages of 6 months and 5 years and are particularly common in toddlers. If the seizure occurs soon after a fever has begun or when the temperature is relatively low, the risk of recurrence is higher. Most children recover completely, but a few might be at risk of subsequent seizures without fever (epilepsy). Some groups of children–including those with cerebral palsy, delayed development, or other neurological abnormalities–have an increased risk of developing epilepsy.

Seizures are frightening, but it is important that parents and caregivers stay calm and carefully observe the child. During a seizure, there is a small chance that the child may be injured by falling or may choke from food or saliva in the mouth. To prevent accidental injury, the child should be placed on a protected surface such as the floor or ground. The child should not be held or restrained during a convulsion. To prevent choking, the child should be placed on his or her side or stomach. When possible, gently remove any objects from the child’s mouth. Never place anything in the child’s mouth during a convulsion. Objects placed in the mouth can be broken and obstruct the child’s airway.

If the seizure lasts 10 minutes, the child should be taken immediately to the nearest medical facility. This is especially urgent if the child shows symptoms of stiff neck, extreme lethargy, or abundant vomiting. Before diagnosing febrile seizures in infants and children, doctors sometimes perform tests to be sure that seizures are not caused by something other than simply the fever itself.

Prolonged daily use of oral anticonvulsants to prevent febrile seizures is usually not recommended. Children especially prone to febrile seizures may be treated with the drugs orally or rectally, whenever they have a fever.