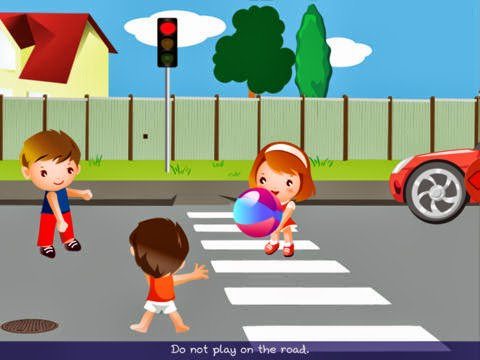 TRICKS YOU MUST NOT PLAY ON THE ROAD

Some people, especially young men, stay faithful to the rules of the road and observe them meticulously as long as they are at the learner stage and haven’t yet obtained a proper driving licence. Maybe the habit of zealously observing the traffic laws to the letter stems not so much from their desire to follow the rules but to ensure they do not get into a scrape and end up delaying their chances of laying their hands on the licence.

But once on the road, away from the supervision of their driving teacher and proud of their independence to take to the highways, they soon fall into the habit of showing off and begin to pick up the habits which are the nightmare of the law-abiding driver.

And over-speeding, or driving at a break-neck speed, is the least of these bad habits. Thus, we encounter quite a few of the following until you suddenly find in the following day’s papers reports about their escapades having ended in their tragic death or a long stay in a hospital, sometimes involving multiple surgeries.

MONO MANIAC: He has a motorcycle and has watched too many postings on the YouTube with people playing tricks on the road. He is truly inspired and hits the highway driving solely on the rear wheel, tilting his machine dangerously. One wrong move and he may grace Page 1 of the following day’s newspaper with his vehicle lying in smithereens.

SLIPPERY SNAKE: He is a reptilian driver and believes in changing lanes fast, now moving into the right lane and space permitting [read browbeating the vehicle in the lane] quickly shifting to the left and then right again and… the process continues until he smashes into the rear of another vehicle.

CREEPY SCREECHY: He has spent an hour at a garage overseeing the removal of anything even remotely resembling a silencer anywhere in his car and has now emerged on the road, proclaiming to all and sundry who has not put wool into his ears that her he comes roaring and screeching and scaring … until he notices in the rear-view mirror a Traffic policeman approaching him fast. Too late to reinstall the silencers.

OVERTAKING OAF: This fellow has to overtake everyone no matter at what speed the driver ahead is moving. If you are at 120kmph he would still want you out of the way by menacingly flashing his headlights or tailing you with barely two inches from your bumper. And if were to put your brakes at this juncture even King Kong cannot save him.

BLOCKHEAD: This gentleman has to turn left but the left lane is already far too long to his liking with vehicles waiting at the red signal. So he would take the lane next to it – which is green for through traffic – and promptly stop at the green light with left indicator ‘on’ to salve his conscience but with no regard for the vehicles behind his back. And once the left-lane traffic begins to move he would try to thrust his way into that lane – sometimes with expensive consequences.