Audiences of all ages were treated to...
CultureInside BahrainUN International Day of Conscience 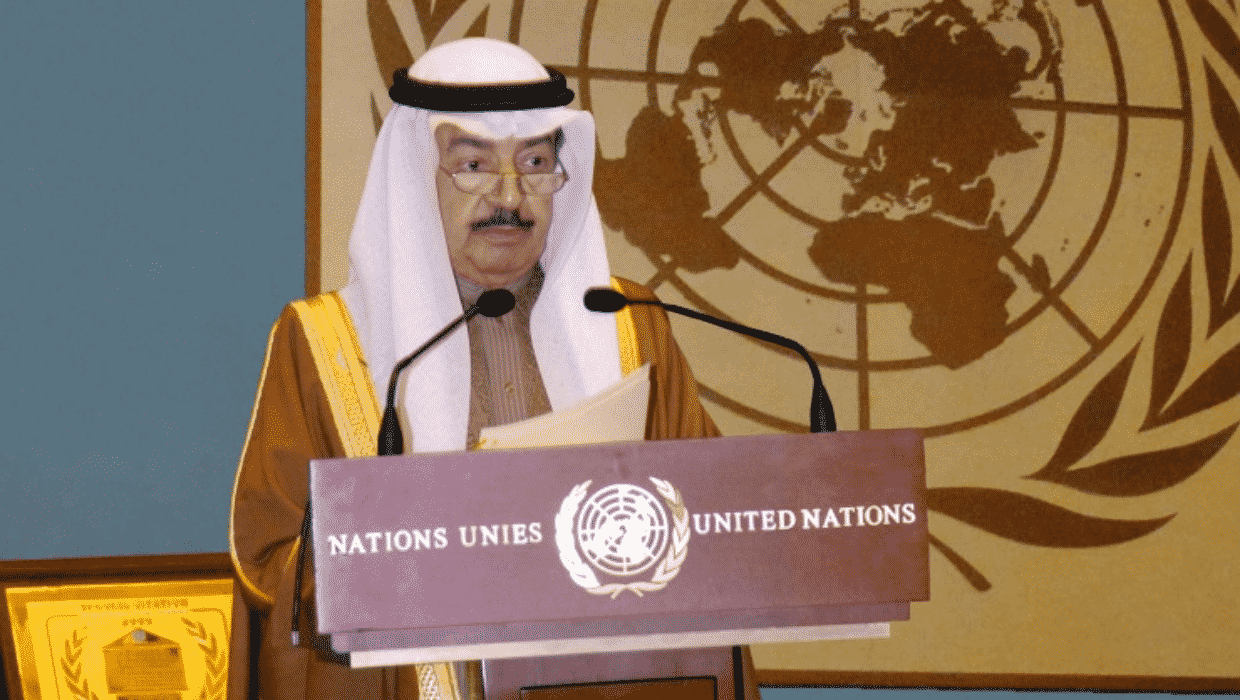 A new international achievement, has been added to the acclaimed reign of His Royal Highness Prime Minister Prince Khalifa bin Salman Al Khalifa, as the United Nations adopted a draft resolution submitted by the Kingdom of Bahrain to make 5th of April on each year as “International Day of Conscience”. This achievement reflects HRH Prime Minister Prince Khalifa bin Salman Al Khalifa’s noble stand and appreciation worldwide for his initiatives and efforts aimed at the promotion of world peace, international solidarity cooperation, and sustainable development.

This comes in response to the outstanding initiative suggested by HRH Premier to motivate the international community to peacefully resolve conflicts.

The adoption of the draft resolution is an international recognition of Kingdom of Bahrain’s initiatives to play an active role and a clear contribution to every international effort aimed at advancing humanity, achieving lasting security, stable peace and sustainable development throughout countries of the world. This is achieved through the able leadership of His Majesty King Hamad bin Isa Al Khalifa.

“The adoption of April 5th as an International Day of Conscience is a tool of mobilising the international community’s regular efforts to promote peace, tolerance, integration, and understanding in order to build a sustainable world, based on peace, and solidarity and harmony”, said the United Nations in the preamble to the resolution adopted by the General Assembly at its73rd session in July.

The International Organisation called upon all States Members, organisations of the United Nations system, other international and regional organisations, the private sector, civil society and individuals to celebrate this day appropriately, so as to support the building of a culture of peace with love and conscience in accordance with the culture of their local and regional communities.

The United Nations urged all States Members to continue promoting a culture of peace with love and conscience in order to help ensure peace and sustainable development, by working with local communities, by providing services to others and encouraging amnesty and compassion among individuals.

The patronage of HRH the Prime Minister during the launch of the International Day of Conscience at the United Nations Headquarters in Vienna in April is the first initiative of its kind as part of the global cooperation aimed to promote a culture of peace, love and conscience.

The Federation of World Peace and Love (FOWPAL), in cooperation with the Permanent Mission of the Kingdom of Bahrain in Vienna, had launched the International Day of Conscience at a ceremony attended by a large crowd of political, diplomatic and social figures, with a view to encourage governments and organizations to observe an “International Day of Conscience”. It motivated the international community to resolve conflicts in a peaceful manner.

The Prime Minister sent a message, the first document in the world in this regard. His message reflected an integral vision calling for concerted efforts of the international community to activate the role of human conscience in achieving security, peace and stability in different parts of the world.

The message said, “This day is an occasion to emphasise the need to unite the will of the international community to end the suffering of millions of people in many regions of the world, to preserve the right to a secure a stable life and to sustain development that promotes human well-being.

The celebration reflects the strong will of the peoples of the world to make the world conscience one of the cornerstones on which to advance the international collective action towards a more secure, peaceful and stable world.

The world conscience must be more positive in facing all the reasons that undermine global security and stability.

We believe in the importance of the international community’s efforts to develop a comprehensive vision to address the security, political and economic challenges.

We must start with peace and provide the causes of security and stability for all countries and we must take each other’s hands to live in the peace and security we seek.”

The high values contained in the message can be drawn to a more secure and developing world, including:

HRH the Prime Minister, while announcing his initiative to celebrate the “Day of Conscience”, which has turned into a pioneering initiative in the name of the Kingdom of Bahrain, based a set of basic principles that are consistent with the values that he adopts and believes as tools to provide the appropriate reasons for a world free of tension and conflict. HRH believes that such an atmosphere would enhance the ability of peoples to achieve development in all its dimensions.

HRH Premier was able to move the concept of “global conscience” into a full-fledged strategy that outlines a way to enhance cooperation among the different parties in the international community to fulfil their duties towards strengthening global peace and stability.