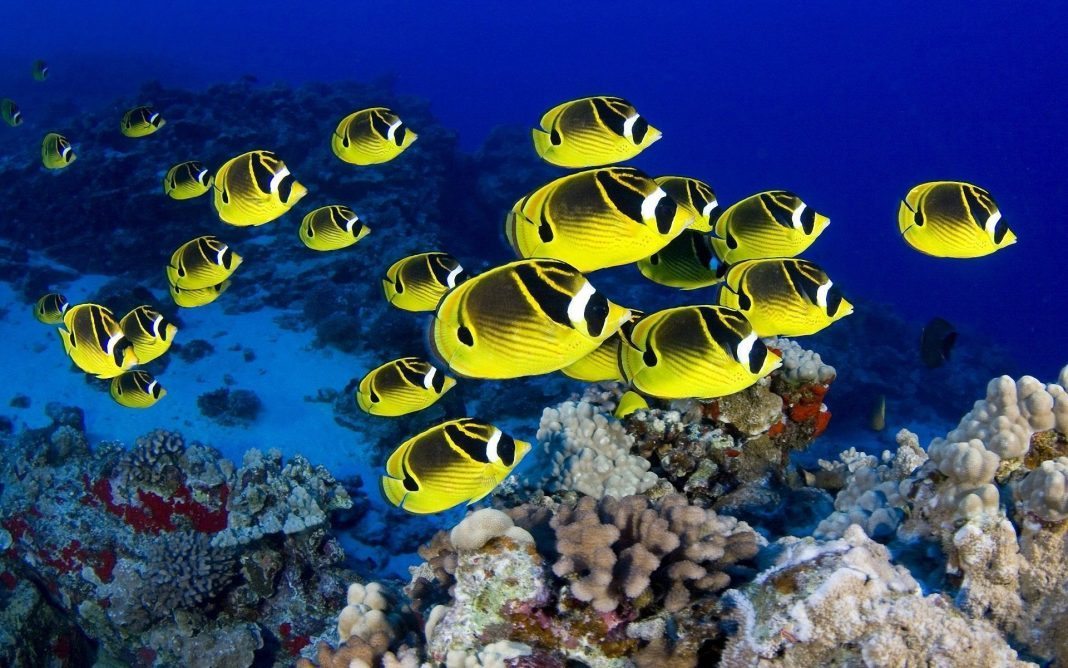 Most people are familiar with ‘fish’ as a group of animals that have cylindrical bodies, fins and scales and live in water. But the reality is that there is no such thing as an ‘average fish’.

Fast fishes are shaped like jet fighters but the slow swimmers resemble blimps. They are mainly cold blooded yet the tuna are hot-blooded and can raise their body temperatures when they are out hunting. Almost all fishes have gills that absorb oxygen from the water except for those that have lungs and breathe air, or ‘hybrids’, like air-breathing catfishes, that breathe in both water and air.

Most fishes have bony skeletons except for the sharks and rays which have cartilaginous skeletons (and the ancient coelacanth has a combination of both!). Most fishes have two eyes but some have four; cave and deep-sea fishes have none. Their eyes have rods and cones, like ours, so that they can see in dim light and also detect colors.

Many fishes are silver but others boast every color of the rainbow. Some can change colour for camouflage or signaling. Most fishes have teeth but some, like the hagfishes, don’t even have jaws. Some change sex as adults, or may be both sexes at once. At breeding time they either lay a few big or many small eggs. Most release their eggs into the water but some care for their eggs and others guard them in nests like birds.

Most fishes have scales but some are scaleless or covered in armour. Many fishes sleep, some in midwater but mostly on the bottom. Parrotfishes envelope themselves in a mucous ‘sleeping bag’ and slumber so deeply that you can pick them up!

Most fishes live under water but some, like mudskippers and walking catfishes, clamber about on land and hide in burrows. Flying fishes glide through the air yet they are not air breathers. Fishes generally live in mild conditions but desert pupfish endure water temperatures of 43°C whereas polar fishes have anti-freeze in their blood and can survive near zero sea water temperatures.

Many fishes have sense organs, such as the lateral line system or electro-receptors, that we don’t have, and their sense of taste is much more acute than ours. They even release chemicals into the water to communicate with one another and to signal when they are injured!

Most fishes are free-swimming but some are parasitic or live inside the intestines of sea cucumbers, and some, such as garden eels, live in a burrow throughout their adult lives. They often swim in shoals but many live solitary lives. Of the 31,000+ species of living fishes, about 40% live near coral reefs.

Predatory fishes eat whatever they can catch but the record for the most unusual prey probably goes to sharks. A report from Australia revealed that a great white shark had eaten three overcoats, a pair of trousers, two shoes, a cow’s hoof and a chicken coop! Items found in the stomachs of tiger sharks are even more extraordinary – tins of paint, a tom-tom drum, nuts, bolts, coal and the head of a crocodile!

Fishes are truly awesome animals – take a closer look when you next see one!