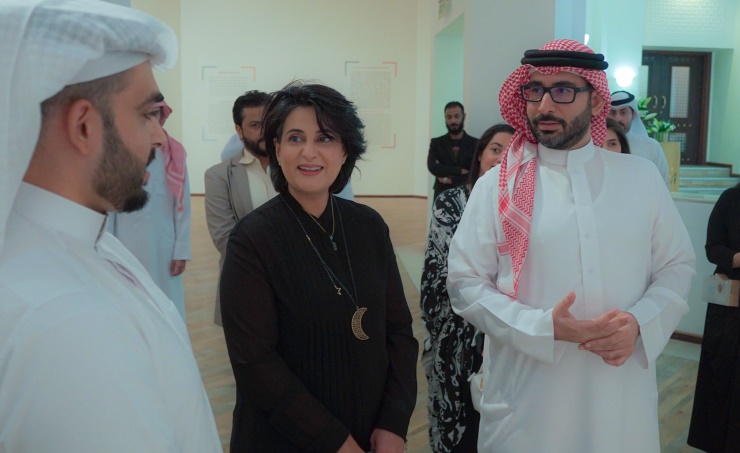 Minister of Youth and Sport Affairs, Ayman bin Tawfiq Al Moayyed, inaugurated today the photo gallery which was organised by the ministry marking the Gulf Youth Day. The opening ceremony was attended by Bahrain Authority for Culture and Antiquities (BACA) Director General for Culture and Arts, Shaikha Hala bin Mohammed Al Khalifa and a number of ministry officials.

The gallery, which was held at the Arts Centre hall, marks the launch of the first edition of the Gulf Youth Day, in line with the directives of the GCC Ministers of Youth and Sports to observe the occasion on June 6 every year.

The Minister of Youth and Sport and the Director General for Culture and Arts toured the photo gallery and met with the participating youngsters. They listened to a detailed briefing on the photos taken by them, their goals and symbolization.

The Minister of Youth and Sport Affairs said allocating the 6th of June as the Gulf Youth Day aims to shed light on the youth and their achievements. He praised the great skills and capabilities of the youth in Bahrain and the Gulf, stressing their pioneering projects and the need to ensure they get the opportunity to showcase their innovative projects.

For her part, Shaikha Hala bint Mohammed Al Khalifa expressed happiness over the Arts Centre’s hosting of the youth function which is organised by the Ministry of Youth and Sport Affairs with the participation of an elite of youngsters from Bahrain and the Gulf.

It is worth noting that the gallery features 30 works by male and female youngsters from the GCC countries. The exhibition aims to boost awareness of the concept of the youth and their role in developing the community and explore young talents in photography.