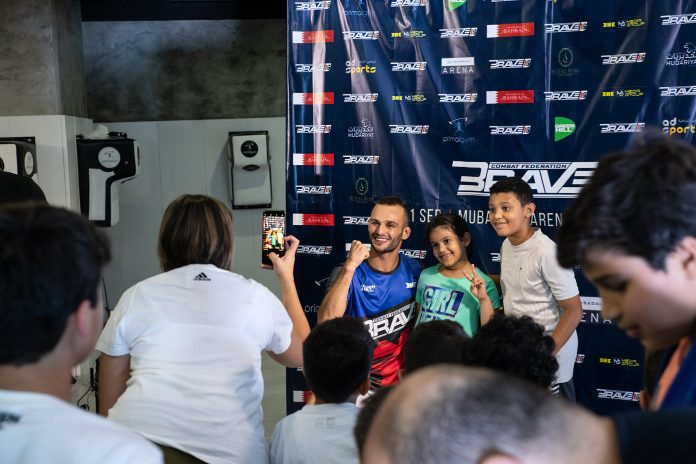 Ten times IBJJF world champion, Bruno Malfacine explained various Brazilian Jiu-Jitsu techniques and event allowed himself to be submitted by curious children during mock sparring sessions. The session was finished with face offs between the competing athletes and photo sessions for children alongside their favourite superstars.

“We aim to spread the message of inspiring the society to embrace a healthy and disciplined lifestyle. Brave Combat Federation believes that such initiatives reflect our social commitment and will have an impact on the society. This also help our athletes to understand the bigger picture of their impact upon the society and influence they can exert upon the future generations”, said Mohammed Shahid, President of Brave Combat Federation.

If you’re looking for the most convenient method of updating government records of your official address, then your best bet would be to do...
Sports This Week

The fastest-growing MMA organization in the world is set to take the world of boxing by storm. BRAVE Combat Federation has announced that, in...
Management Principles

INJAZ Bahrain has recently concluded the fifth edition of its annual program, “INJAZ Talk”. The virtual talks were held remotely through a series of...
Wheels and Gears

Eid Al Fitr will be on Sunday, the moon-sighting committee has announced. In a statement, the committee, made up of four well-known religious scholars, said...
Entrepreneurial Journey