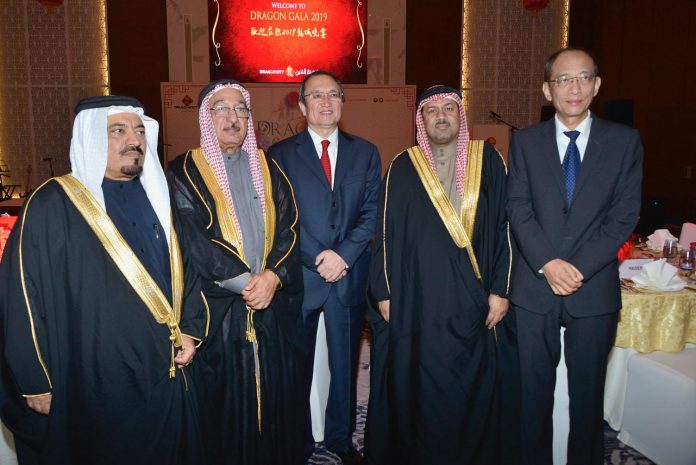 Dragon City, the largest whole-sale and retail trade centre in the Kingdom, held a Gala Dinner marking the 2019 Chinese New Year at the Gulf Convention Centre in the Gulf Hotel on February 7.

Mr. Shou briefed the guests on the main achievements of Dragon City in the past year and its plans for 2019. He also praised, in his speech, the deep-rooted Bahraini-Chinese relations on the political, economic, commercial, cultural and social levels. Mr. Shou lauded the bonds between both nations and their remarkable progress thanks to the wise vision of His Majesty King Hamad bin Isa Al Khalifa and President Xi Jinping of China.

As the guests savored  themselves in a delectable authentic Chinese dinner, they were entertained by an array of traditional Chinese shows that were performed by children, musicians and professional dancers. The event also included raffle draws where many lucky guests won valuable gifts.

Sudan’s Acting Foreign Minister Omar Qamar Al Din Ismail has praised the support of His Majesty the King to Sudan in various circumstances and...
iGA