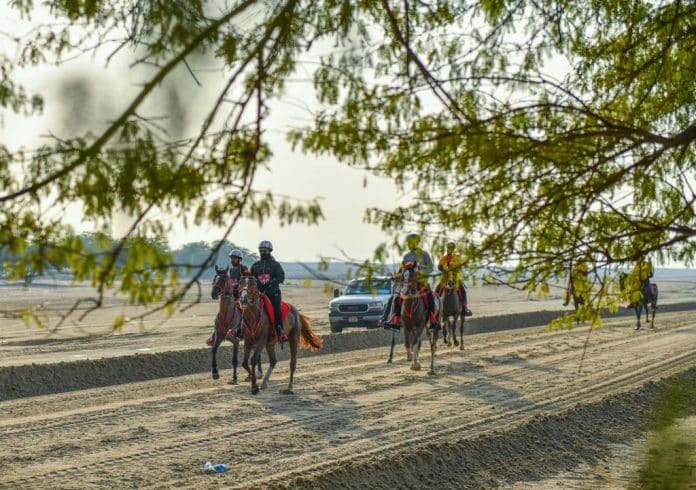 HH Shaikh Nasser bin Hamad Al Khalifa, His Majesty the King’s Representative for Charity Works and Youth Affairs, National Security Advisor, President of the Supreme Council for Youth and Sports and Honourary President of Bahrain Royal Equestrian and Endurance Federation (BREEF) instructed for distributing the awards allocated for Nasser bin Hamad Endurance Race to the local studs. The race was scheduled to take place on March 27, 2020, but was cancelled, thus the endurance season for the year 2019/2020 concluded.

This initiative came to confirm HH Shaikh Nasser’s appreciation for the role of the local studs in developing the endurance sport in Bahrain thanks to their active participation in the races and this have been key in making the endurance season a huge success. HH Shaikh Nasser’s award will undoubtedly have a great positive impact on the studs’ preparations for the next season and their efforts in improving their cadres to achieve further successes.

From their side, the local studs expressed their utmost appreciation to HH Shaikh Nasser bin Hamad Al Khalifa for his unique initiatives that are meant to support them and develop this sport in Bahrain.