The Proton headset seems functionally similar to the upcoming Cosmos XR. Both are built for mixed or augmented reality experiences. Unlike Microsoft or Magic Leap’s mixed reality glasses, they use passthrough video instead of transparent waveguide lenses. The Cosmos XR looks like the Cosmos VR headset, the Proton looks more like ski goggles or — to put it generously — very large sunglasses. 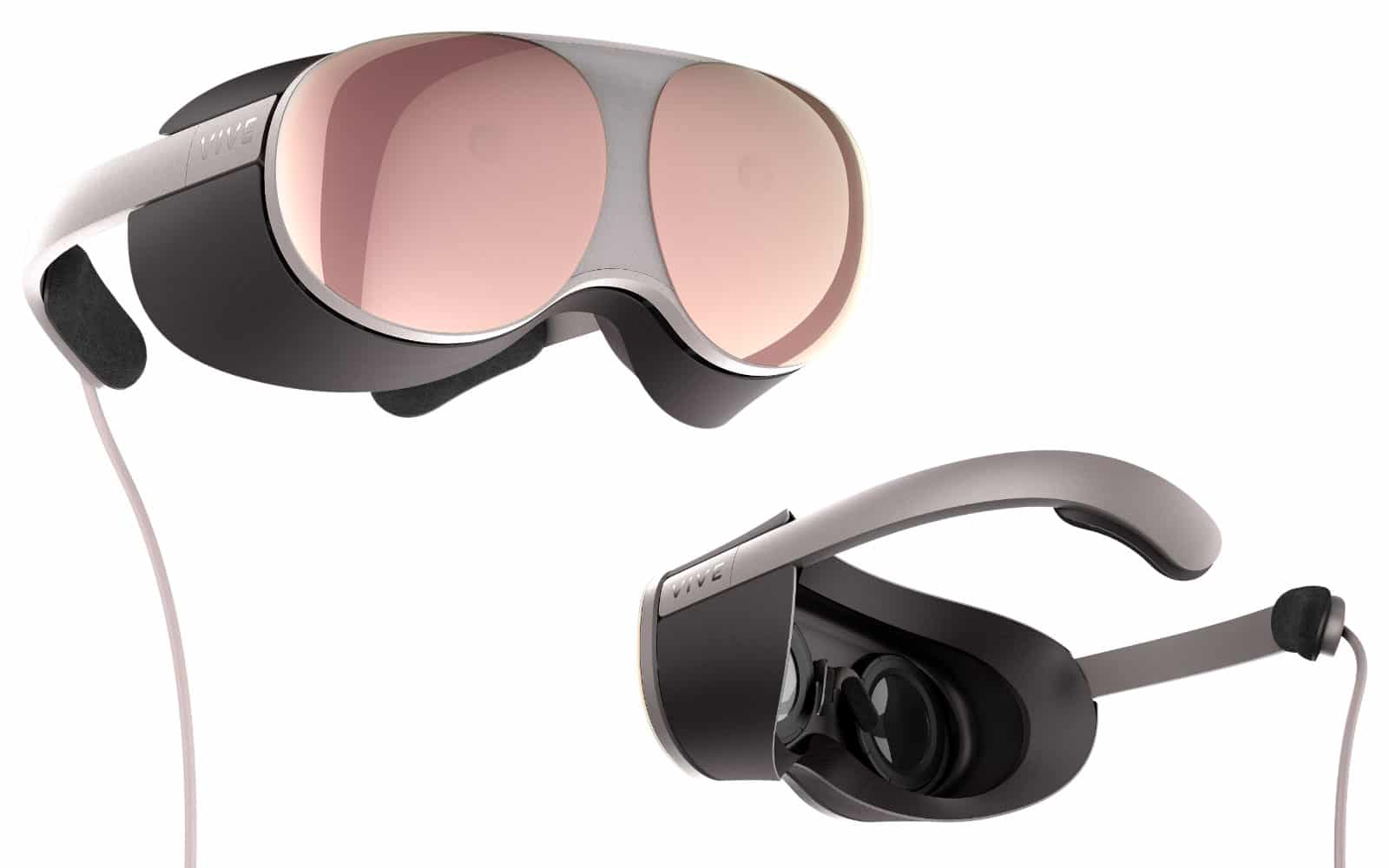 The company is revealing two different visions for the product: one that’s fully self-contained and one that offloads some components to a wired external pack. Similar to the Magic Leap One’s puck-like Lightpack. HTC CEO Yves Maitre offered an interesting reason for the latter design: it could support 5G. Test users made it “massively clear” that they’re leery of a headset with a 5G antenna. “We do believe that it’s not reasonable to have a 5G antenna near the brain of customers. Obviously this is something that we don’t want to do.” says Maitre.

HTC originally said that the Cosmos might work with mobile phones. It’s been mostly silent on that feature lately. Vive Americas manager Dan O’Brien says it’s now a longer-term goal. “We’re still iterating on that idea. The experience isn’t quite there.” he says. “But we do think that we’re making very good strides in that direction.” In the long run, Maitre wants 5G phones to power the headset. Users shouldn’t have to buy a bunch of different computing devices.

Maitre stressed that the Proton is still in development. There aren’t specs, a price, or even a final form factor. It currently uses a pointer-style controller, not fully tracked motion controllers like the Cosmos. HTC was cagey about the headset’s screen. However it did tell Input that the Proton uses high-resolution “microdisplays.”

We’ve seen a few glasses-style VR headsets, including a steampunky prototype from Panasonic. Other companies, like Varjo, have reworked a VR headset into a high-resolution AR system. HTC is combining the two and offering the pedigree of its big VR brand. We had mixed results with the Cosmos, but the Vive Pro is still a go-to high-end headset. Microsoft and Magic Leap have also set a clear standard for waveguide-style AR glasses, and a passthrough design avoids putting HTC in direct competition with them.

Beyond any practical value, Maitre says the Proton is proof that HTC really cares about mixed reality. “We want to move one day to [normal-looking] glasses, and it is a journey,” he says. “We just want to show that we are committed to the journey, that we are investing toward this journey, and we have a first product.”