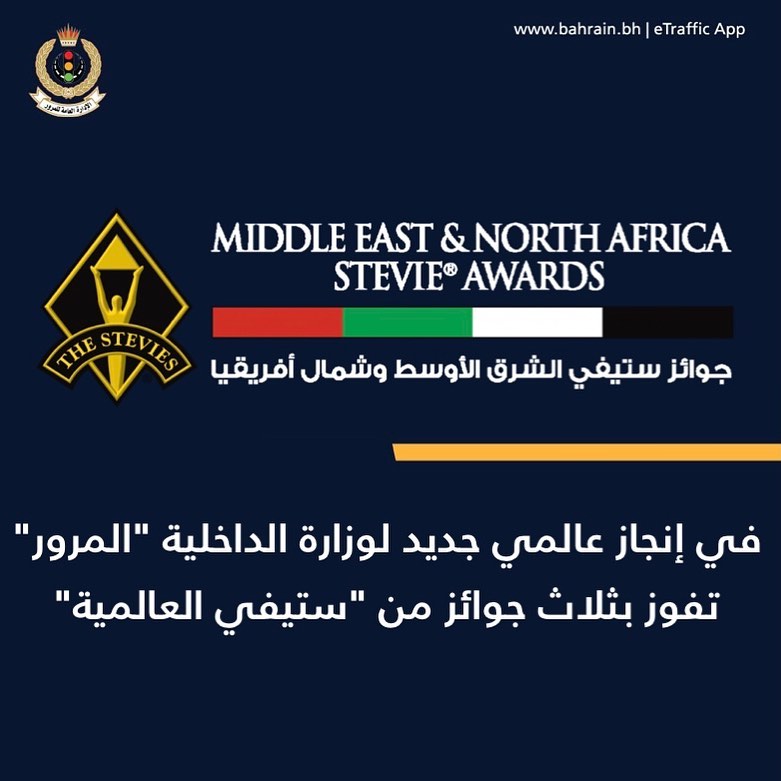 The Interior Ministry, through the General Directorate of Traffic, has made a global accomplishment by winning one gold and two silver awards of the Middle East and North Africa Stevie Awards.

The milestone was part of the directives Interior Minister, General Shaikh Rashid bin Abdullah Al Khalifa, to enhance traffic work and the follow-up of the General Director of Traffic.

The Stevie Awards are dedicated to organisational creativity and excellence. They are open to organisations and companies all over the world. They attract annually more than 12000 nominations from 70 countries.

The gold medal was given for the Back to School Media Campaign entitled “Secure and Accident-Free Academic Year”. The department also won the silver awards for the best utilisation of technology in customer services and the best smartphone app in the MENA region.

Director-General of Traffic, Brigadier Shaikh Abdulrahman bin Abdulwahab Al Khalifa asserted that the international achievement was the dividend of the directives of the Interior Minister to enhance services and traffic awareness of road users, along with the use of technology and the media to promote awareness and achieve traffic strategies.

He said that the accomplishment was a motive to continue to achieve goals and development by learning about the latest traffic expertise.