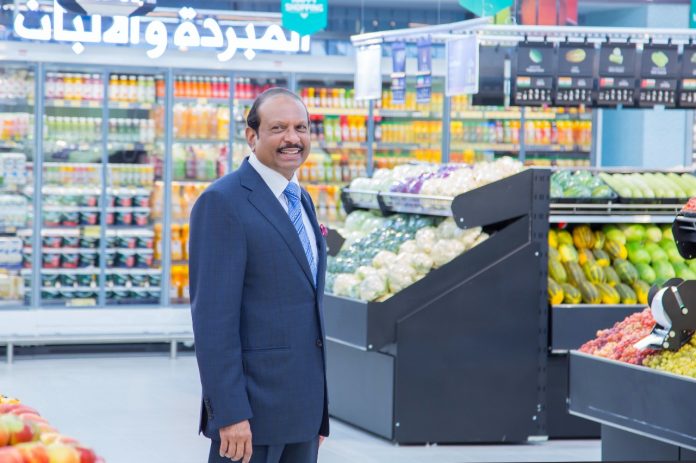 The region’s top retailer LuLu Group is going ahead with their expansion plans despite the current challenging times, a clear sign of economy bouncing back embracing the new norms.

The 200th milestone hypermarket was inaugurated in Park Mall in Cairo, Egypt yesterday by Ali El-Moselhi, Egyptian Minister for Supply and Internal Trade, in the presence of Dr Ibrahim Ashmawy, Deputy Minister of Internal Trade and other prominent officials and business leaders. This is the third hypermarket in Egypt for LuLu Group, which is planning to expand further in the biggest market in the MENA region.

Yusuffali MA, Chairman of LuLu Group quoted: “Indeed a proud moment for me and my entire team who has been our strength and real asset during the journey from a humble beginning during the first Gulf war in the early nineties till date. I take this opportunity to thank the visionary leaders for their proactive strategies and the wholehearted support which have been our guiding force, especially during these challenging times.”

It’s been a very eventful, but a very satisfying journey and we will continue to grow both in existing as well as new markets. There might be some delays in launching our new projects but none of them have been shelved. Hopefully we will reach 225-store count by the end of 2021.”

LuLu Group which employs close to 57,000 staff has launched 15 hypermarkets from March 2020 till date, during the Pandemic period.

Starting with a small supermarket in early 90s in Abu Dhabi, LuLu opened its game-changing Hypermarket concept in 2000 and since then branched out to across the GCC, Egypt, India and the Far East, serving more than 1.6 million shoppers a day. Apart from physical stores, they are one of the key players in the online shopping also with operations in 10 countries and souring offices in 44 countries around the world from US to UK to China and beyond.