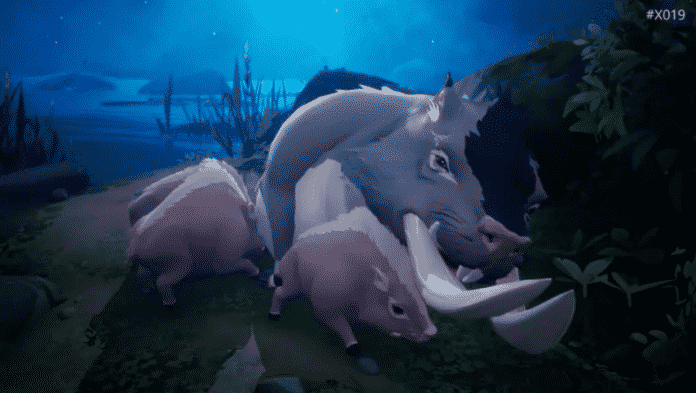 British video game developer Rare, creator of classics like Battletoads, GoldenEye 007, and Banjo-Kazooie, is revealing its next big game, Everwild, at Microsoft’s X019 event today. Rare is only providing a small glimpse at Everwild, but the brief trailer makes it look like it’s going to be some type of action adventure game.

Banjo-Kazooie fans will have been hoping for a sequel, or at least a new Banjo game, but Everwild looks more like Legend of Zelda: Breath of the Wild. The world is full of different species of animals, all with Rare’s classic cartoon-style look and feel. Rare and Microsoft haven’t revealed much more about the game, nor when it will be released.

“While Everwild is still early in development, we are very excited about the unique potential of the game we are creating,” explains Rare studio head Craig Duncan. “The Everwild team is focused on building an experience that allows for new ways to play in a natural and magical world. Everwild will give you memorable, engaging and meaningful experiences for players everywhere to share. We cannot wait to share more with you in the future.”

Rare’s previous Xbox One and Windows 10 exclusive, Sea of Thieves, launched last year and the team will continue to work on it and provide updates. It’s fair to say it wasn’t a smash hit, but it also wasn’t a flop either. Sea of Thieves now has a dedicated community of players, but Rare is clearly keen to try something new with Everwild that’s not necessarily as service-driven as Sea of Thieves.

The right channels of communication between authorities and the public can greatly improve speed and excellence in delivery of services. A new channel of...
Read more
Inside Bahrain

Gulf Air, the national carrier of the Kingdom of Bahrain, has appointed Mr. Abdulrauf Meer Abdulrahim as Senior Manager Cabin Crew to manage one...
Management Principles