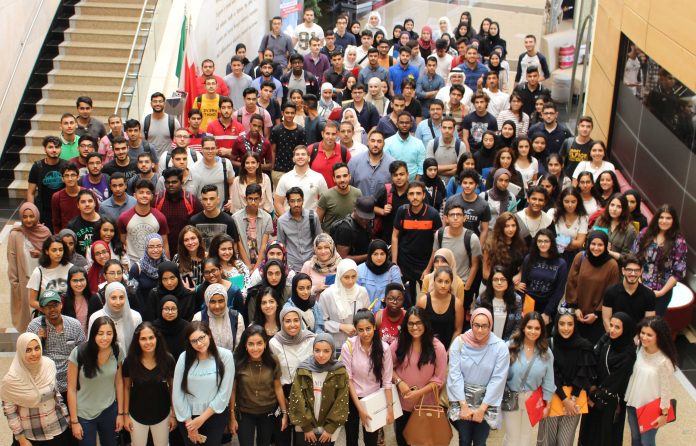 The Royal College of Surgeons in Ireland – Medical University of Bahrain (RCSI Bahrain) this week welcomed new undergraduate students in medicine and nursing as part of its annual Orientation Week. These students are set to become leaders in their field with the unique brand of medical education delivered at RCSI Bahrain.

Organised by the Student Services and Events team, the Orientation programme aims to introduce new-joining students to both academic and extracurricular aspects of life at RCSI Bahrain.

Over the course of the week, the students were introduced to key members of the university’s academic and administrative staff, including President, Professor Sameer Otoom, Head of School of Nursing and Midwifery, Professor Seamus Cowman, Head of School of Medicine, Professor Joe McMenamin, and Chief Operating Officer, Stephen Harrison-Mirfield.

Professor Otoom commented: “Since the establishment of RCSI Bahrain in 2004, our student body has grown to over 1300, and I am pleased to say that this year’s cohort is of a very high standard both academically and personally – we expect to see great things from them. Through our students and staff, we remain committed to our promise of advancing healthcare in the Middle East region, and creating a different calibre of medical graduate, who will join an increasing alumni network of over 15,000 students.”

Mr Harrison Mirfield commented: “Bahrain is a growing destination for education, with the establishment of many international Universities bringing knowledge into the country, and RCSI Bahrain is proud to be at the forefront of this best practice. Orientation has aimed to show our students not only the academic side of their experience, but also that our campus is constantly alive with events run by more than 40 clubs and societies across fitness, arts, culture, technology, community engagement and much more.”

Assigned to their ‘Buddy’ mentor groups, the newcomers also received introductions to academic programmes and university rules and procedures, as well as an extensive tour of the campus facilities.

The active programme concluded with the Orientation Open Day – featuring a number of locally-based service providers coming on campus – and Welcome Mixer – a social event organised by the Student Council.

The 2017-2018 academic year intake at RCSI Bahrain consists of future doctors from almost 20 different nationalities, including those from Bahrain, GCC neighbours Kuwait, UAE and Oman, the wider Middle East region, North America, Europe, Africa and Asia. The curriculum the students will study is identical to that being delivered in Ireland, and RCSI Bahrain’s faculty are a mix of the best international and local expertise available in the medical field.

RCSI Bahrain is a constituent university of RCSI in Dublin, which was established in 1784. Like its Irish counterpart, RCSI Bahrain is a not-for-profit health sciences institution focused on education and research to drive positive change in all areas of human health worldwide, and shape future healthcare leaders.

Gulf Air, the national carrier of the Kingdom of Bahrain, announces that it has resumed its direct flights to and from Amman’s Queen Alia...
Read more
Inside Arabia

A number of business owners have extended their appreciation to Batelco for the financial support towards their fixed internet cost for 3 months in...
Wheels and Gears

The all-new 2021 Mercedes-Benz E-Class Sedan has now arrived in the Kingdom of Bahrain. First unveiled at The Avenues – Bahrain, the 2021 E-Class...
Inside Arabia