Between the holiday season, weekends and the...
SocietyPR This WeekRoyalJet Adds European Based BBJ to World’s Largest Fleet 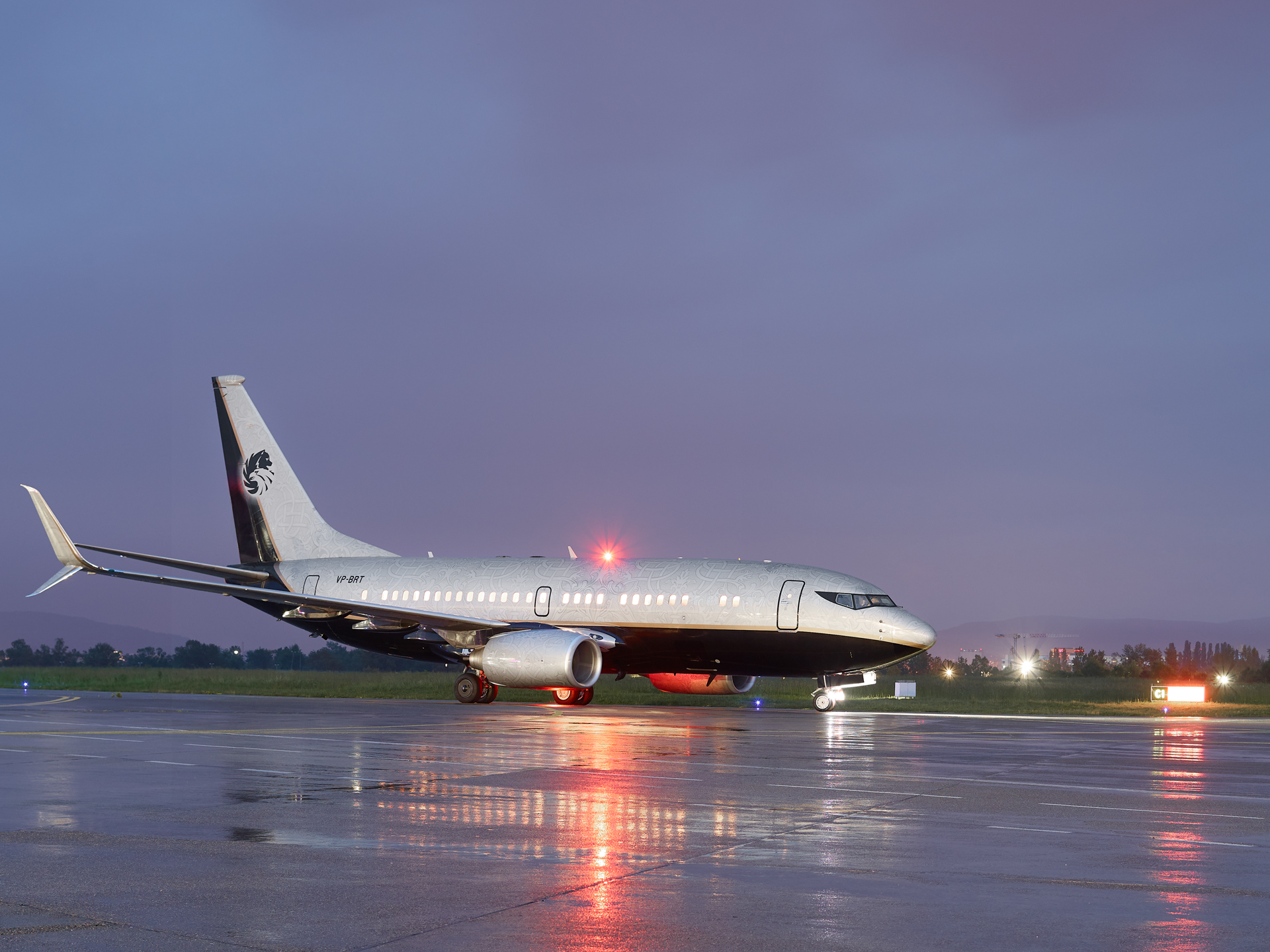 RoyalJet, the Abu Dhabi owned and operated award-winning premium private aviation leader, has added a privately owned Boeing Business Jet (BBJ) to its growing fleet of managed aircraft. The aircraft has now been released back into service by Jet Aviation Basel after the completion of extensive upgrades and maintenance. The aircraft will continue to be based in both Europe and/or in United Arab Emirates, where it will be operated for the owner and offered for charter to select customers.

The aircraft now has the longest flight range in its category on the market and is able to fly for up to 12 hours or 5000 nautical miles. This is thanks to its configuration, increased fuel capacity, better wing configuration and reduced weight.

In addition to installing these new systems, Jet Aviation has upgraded the soundproofing to reduce in-flight noise levels, implemented a low cabin altitude modification and added humidifiers to reduce passenger fatigue on long flights, and upgraded various other interior elements.

This is the first BBJ, and possibly the first private aircraft globally to offer such high levels of on-board air quality achieved by the new Needle Point Bi-Polar Ionisation system provided by Aviation Clean Air.

The aircraft’s Scimitar winglet technology improves the overall aerodynamic efficiency, which is pivotal in reducing carbon emissions, improving fuel efficiency and lowering operating costs. This results in significant savings on fuel and enables the aircraft to fly to more destinations non-stop by extending the flight range.

The aircraft has a unique and luxurious cabin configuration capable of providing the highest levels of comfort, day or night, for up to 19 passengers. The aircraft has a master bedroom with en-suite bathroom and shower, an office that converts into a sizable bedroom, separate guest bathroom with shower as well as a large dining area and a salon for relaxing. There is a fully equipped galley kitchen and a pantry serviced by extensively trained and professional flight attendants.

“RoyalJet is excited to add this exceptional aircraft to our large and growing fleet of BBJs, to offer it to our select customers and to expand our reach further into the European market. This is yet another milestone in the history of RoyalJet and we are honoured to have been selected to manage this valuable asset” said Rob DiCastri, CEO, Royal Jet.

A representative of the owner – E&A Aviation – added “RoyalJet is the world leader in the operations and charter of Boeing Business Jets, and we are thrilled to appoint them as the manager of our aircraft. We could not have selected a better partner than RoyalJet, particularly considering their extensive experience with the BBJ type and their unmatched expertise.  We are confident that they will ensure only the highest standards are applied in the care of our one of a kind aircraft.

The aircraft will continue to be registered in the state of Bermuda and will be operated globally by RoyalJet‘s wholly owned subsidiary RoyalJet Bermuda LLC, which has recently been awarded its Air Operator’s Certificate by the Bermuda Civil Aviation Authority. With the addition of this aircraft, the RoyalJet Group now owns and/or operates ten Boeing Business Jets – by far the largest fleet of BBJs in the world.

The aircraft will only be available for viewing or charter by special appointment.