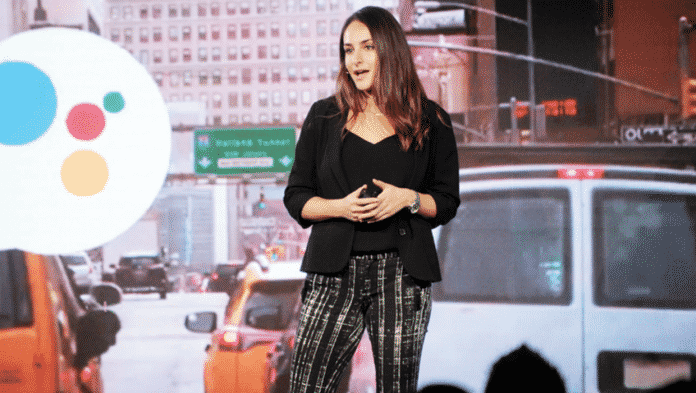 An artificial intelligence-powered virtual assistant that can joke and sing in Arabic has been officially launched in Saudi Arabia by Google.

The technology giant’s app has been specially adapted to understand all Saudi dialects and respond in standard Arabic.

Years in the making, the new Google Assistant can engage in hands-free, two-way conversations, with its developers promising that it “will only get better with time.”

Najeeb Jarrar, product marketing manager for Google in the Middle East and Africa, told that the company had been working on the app for more than two years.

“Before we roll out a service or a product, a lot of time and resources go into making it work as best as possible to not just understand the local language but to also cater to the market’s needs. The Assistant is one of those products,” said Jarrar.

“Working on products that handle right-to-left languages is usually a lengthy process and especially in Arabic, considering the importance of diacritics in speech.”

Supporting more than 30 languages the app, which is available on both Android and iOS devices, relies on Google innovation in machine learning, natural language processing, as well as new solutions developed by the company to help make the Assistant work as seamlessly as possible.

“We trained the Assistant to understand the Saudi dialect, and thanks to machine learning it will learn to understand different pronunciations of the same words with time,” added Jarrar.

“It is a young service that will only get better. This is just the beginning.

“Machine learning helps the Assistant learn your preferences, how you speak, what your needs are, the news you like, all of these learnings will provide a better experience curated just for you.

“On a more general level, Google will continue to develop the Assistant to do more things within your phone and expand its functionality.”

New features will be announced to users by Google as they are released.

The Assistant’s responses have been curated by highly trained linguists and creative writers and are pronounced by a Text-to-Speech (TTS) system developed using the most advanced technology.

As well as being a useful companion the app is also designed to be fun. It can answer such questions as “do you love me?” drawing on iconic cultural moments from plays, viral videos and even ancient Arabic poetry, and can tell jokes, sing songs and even answer existential questions such as “who am I?”

Tarek Abdalla, regional director of marketing for Google in the Middle East and North Africa, said: “With the Google Assistant, you can talk or text with Google in a natural way, helping you get more done in your everyday life.

“This is the latest in a series of features we have launched for our Arabic-speaking users, and the Assistant will only get better with time as it learns with the help of machine learning.”

Abdalla pointed out that the Assistant is designed to help users complete more tasks with their phone while they are on the go (such as driving or exercising), at work (setting alarms, quickly finding information on the web), or while with friends and family (jokes, singing fun songs), without having to touch the device.

Tasks include hands-free calling, asking Google to send someone a message, searching the web for information, timings for prayers or sporting events, and even requesting brief weather reports from around the world.

The Assistant will also be available in Egypt where people will be able to converse with it using Egyptian dialect.

Users can activate the Assistant on their device by making sure they have the latest version of their mobile operating system, and that the language of their device is Arabic.

They must then download the Google app and long-press the home button on Android devices to activate the Assistant before choosing between the Saudi or Egyptian language.

For iOS devices, users will have to download the Google Assistant app and follow the setup instructions.

Batelco, the leading digital solutions provider in Bahrain has announced the establishment of “Global Zone Kuwait”, which will offer an ecosystem platform to further...
Read more
Management Principles

Gulf Air, the national carrier of the Kingdom of Bahrain, has appointed Mr. Abdulrauf Meer Abdulrahim as Senior Manager Cabin Crew to manage one...
Tech