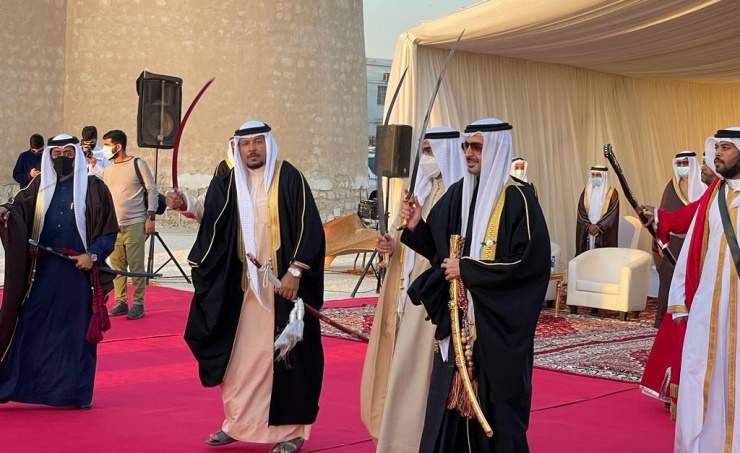 The Southern Governorate has started festivities marking the Kingdom of Bahrain’s celebration of the National Days, in commemoration of the establishment of the modern Bahraini State as an Arab and Muslim state, founded by Ahmed Al Fateh in 1783, and the anniversary of His Majesty the King’s Accession to the Throne.

The festivities featured poetry recitals by Abdulla bin Huweil, which expressed deep allegiance and belonging to the homeland.

The police musical band and the Bahrain Ardah Society also took part in the celebrations which attracted many citizens.

The Southern Governorate has lined up a rich programme to celebrate the national days, running from 11 December, until December 18.