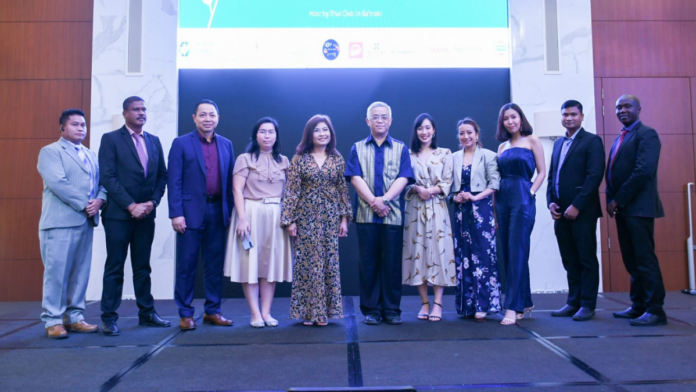 A farewell reception for outgoing Thai Ambassador HE Thanis Na Songkhla was hosted by the Thai Club at the Gulf Hotel Bahrain Convention & Spa on September 26, 2021.

The event showed highlights of Mr Songkhla’s term in the Kingdom and the projects that improved the relationship between Thailand and Bahrain. The evening also featured a goodbye speech from the ambassador and Thai cultural dance performances.