Forbes Middle East has released a list...
SocietyPR This WeekThai Embassy pays homage to His Majesty the late King Bhumibol The Great 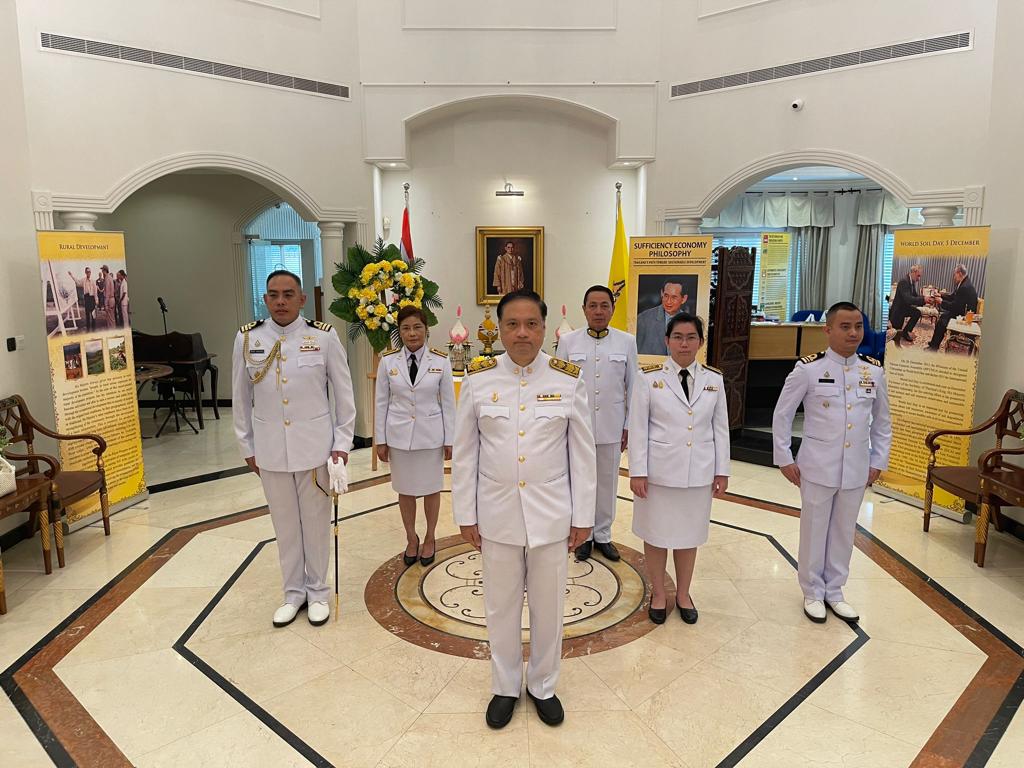 The Royal Thai Embassy in Manama organised the wreath-laying ceremony on the occasion of the Memorial Day of His Majesty King Bhumibol Adulyadej The Great, 13 October 2021.

Mr. Nuttapat Chumnijarakij, Charge’ d’ Affaires a.i. of the Royal Thai Embassy, presided over the wreath-laying ceremony and led the Embassy’s government officials and spouses as well as reprsentatives of the Thai community in Bahrain to pay homage and stand in silence for 89 seconds in tribute to His Majesty King Bhumibol Adulyadej The Great.