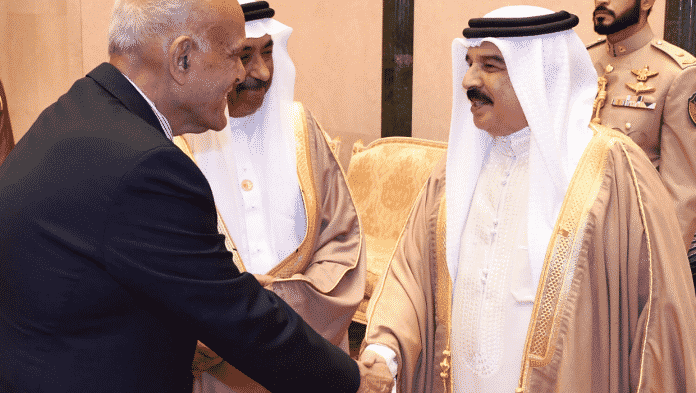 His Majesty King Hamad bin Isa Al Khalifa patronised a ceremony at Isa Cultural Centre to confer the 2018-2019 Isa Award for Service to Humanity, to “EDHI Foundation” in Pakistan, for its efforts in the field of service to humanity in the presence of His Royal Highness Prince Salman bin Hamad Al Khalifa, the Crown Prince, Deputy Supreme Commander and First Deputy Prime Minister,.

HM the King was welcomed by Deputy Premier and Chairman of the Board of Trustees of the Isa Award for Service to Humanity, HH Shaikh Mohammed bin Mubarak Al Khalifa. 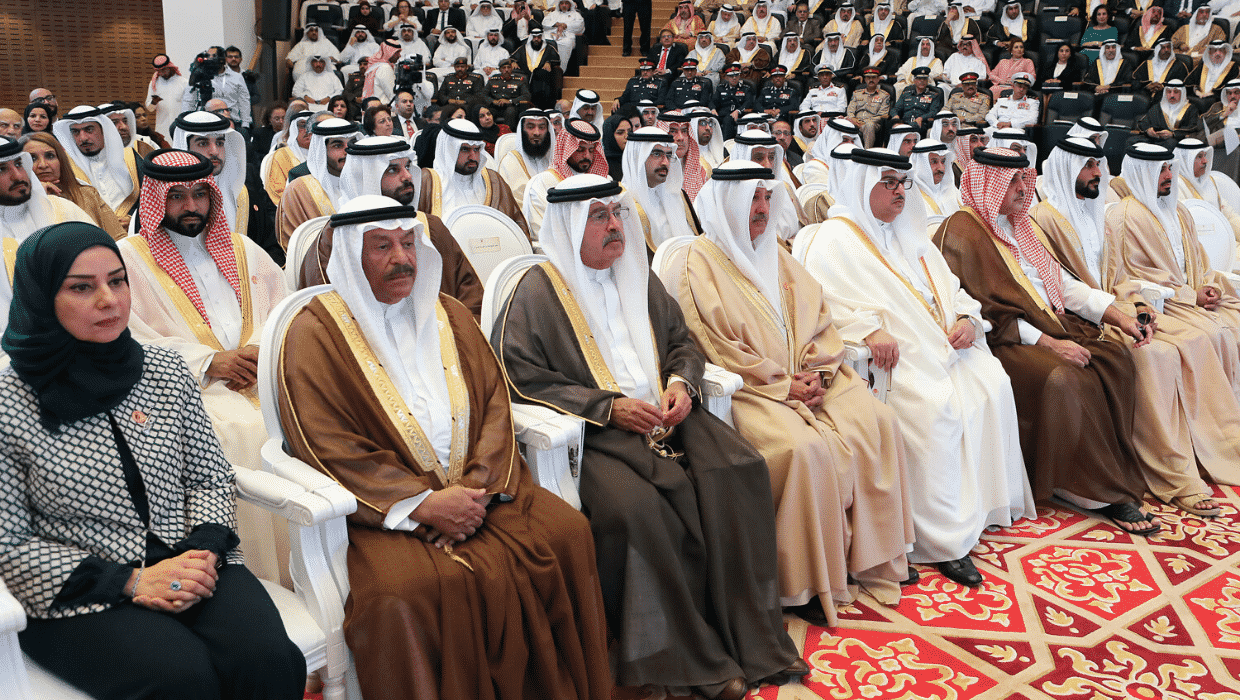 “It is with great pride that we celebrate with you today the positive results of the Fourth Edition of the Isa Award for Service to Humanity, an award which has been advancing with confident and successful steps since we ordered its establishment 10 years ago, and which reflects the approach our late father, believed in and worked for. He strove throughout his reign to carry the banner of peace, and has been known for his calls and efforts to achieve genuine fraternity among humanity, reinforcing with this approach the human tolerance and the ability of civilizational building which have characterized the people of Bahrain in all times and circumstances.

Based on this great responsibility that we hold towards a great national leader, who illuminated with his thought and generosity the march of our country, and reinforced with his determination the pillars of its contemporary development, comes this Award with its distinguished memory and broad scope as the best guide to explore human achievements on the world stage which enhance the value of man, and which makes service to humanity and sacrifice for its protection and continuity a sacred human duty.

Congratulations to the Edhi Foundation of the Islamic Republic of Pakistan on winning the Award for its outstanding humanitarian services in the charitable, medical and relief fields. We appreciate, here, the great efforts made by those in charge of the Foundation in furthering its noble message as wished for by its late founder, Mr. Abdul Sattar Edhi, whose name shall remain immortal through his sacrifices, and whose contribution shall remain an exceptional model of outstanding humanitarian work.

The remarkable support and outstanding management of the work of the Award since its establishment by the Chairman of its Board of Trustees, His Highness Shaikh Mohammed bin Mubarak Al Khalifa are quite commendable.” 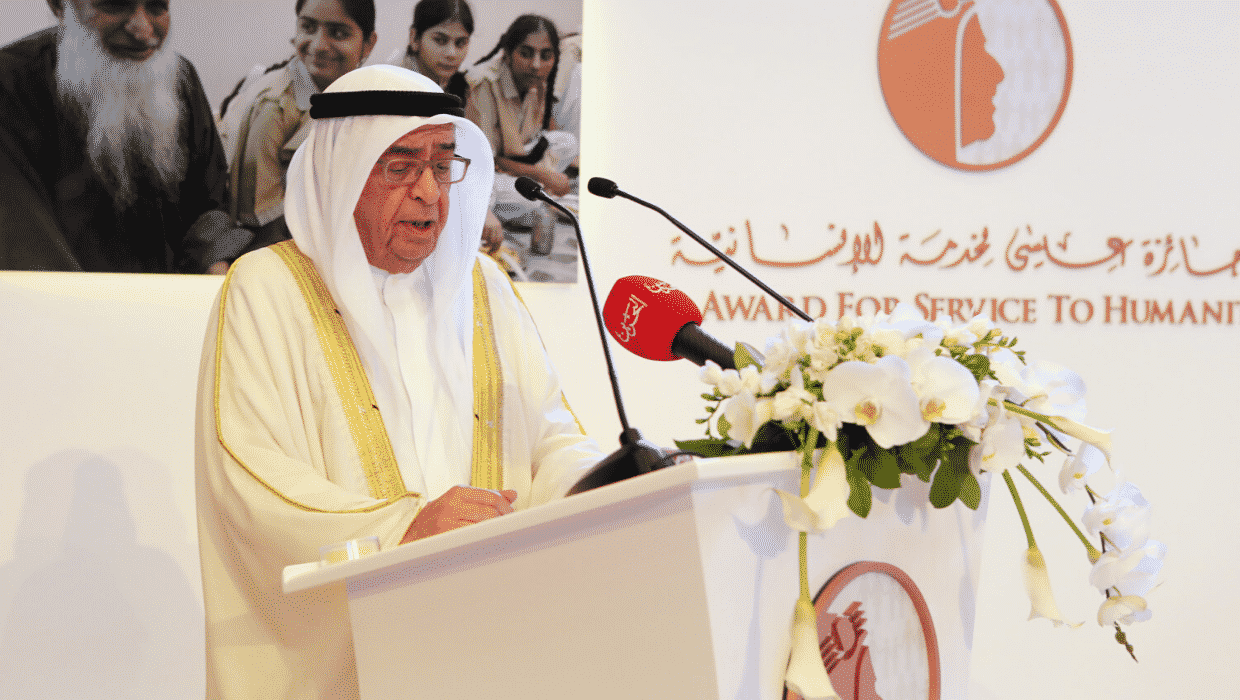 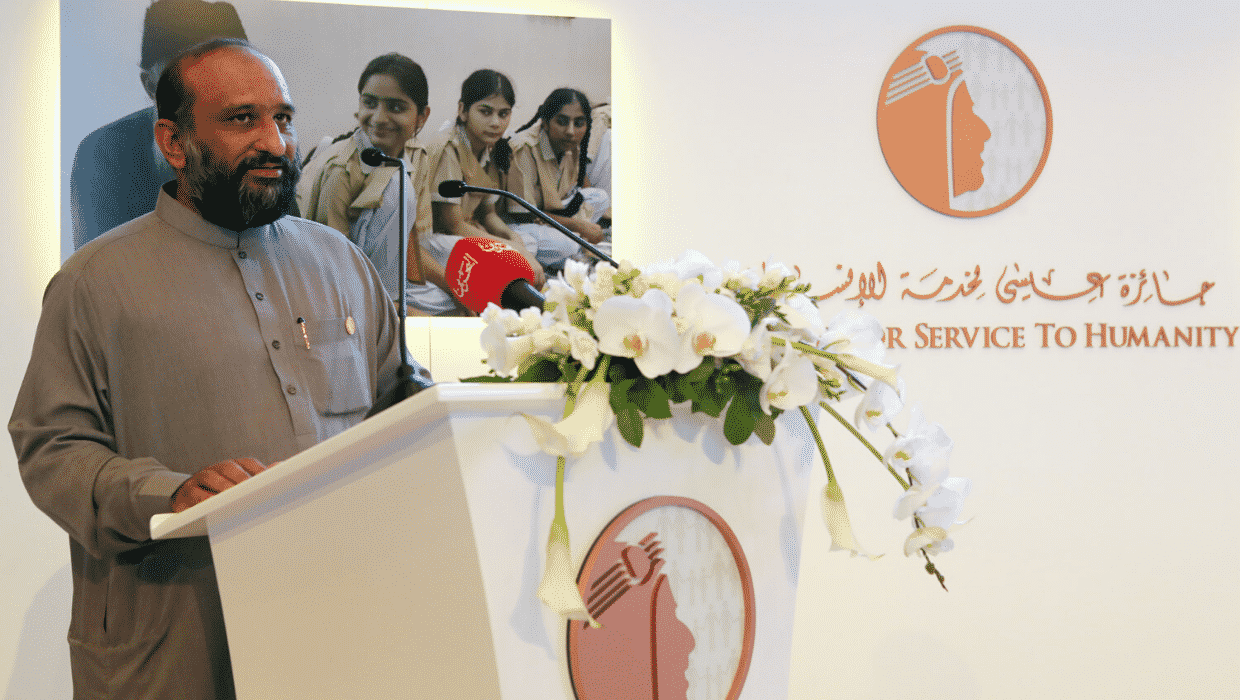 HH Shaikh Mohammed bin Mubarak Al Khalifa, Deputy Premier and Board of Trustees Chairman of the Isa Award for Service to Humanity, delivered the following speech:

The great father, the late Amir HH Shaikh Isa bin Salman Al Khalifa, will always live in our hearts and memory, and on the anniversary of his birth, we thank Your Majesty for dedicating an award that truly commemorates his character and kindness.

“The Isa Award has today become an international award. Every two years, each session of the Award celebrates his memory and outstanding human character, which can never be forgotten by those who lived in his era and knew him as both an Amir and a person.

All of this underlines the importance of the Isa Award for Service to Humanity, as a continuation of the era of a leader whose heart beat in time with those of his people.

Our global society needs an initiative that reflects the Kingdom of Bahrain’s deep-rooted respect for humanity and coexistence, a respect which so distinguishes our life and history.

The Abdul Sattar Edhi Foundation is a project which richly deserves the Award, in appreciation and recognition of its ongoing humanitarian work in all parts of Pakistan. The Foundation’s work includes providing treatment to the sick, helping the needy, housing the homeless, educating poor children and saving them from delinquency or exploitation. A field visit by the Award’s General Secretariat and one of the distinguished members of the Jury has further underlined the value and significance of the Foundation’s work.

I also seize this opportunity to express thanks and appreciation to the Royal Charity Organisation (RCO) for its support and assistance to the Isa Award, and thank our guests who are sharing this ceremony.”

Receiving the award, Faisal Edhi, commented “It is with deep honour to receive the Isa Award for Service to Humanity.  Thank you all for your warmth, hospitality and generosity.

“I am also delighted to be among you today as a representative of Edhi Foundation, which was honoured to receive the Isa Award for the Service to Humanity in its fourth session.

“More than six decades ago in Karachi Pakistan Abdul Sattar Edhi, my father, started his Humanitarian Mission with a dispensary then added an ambulance. Then he expanded the mission to almost every area of welfare and relief activities for the society.  His Humanitarian Mission is providing ambulance service, shelter homes, coffin shroud and graveyard, child adoption, missing person’s service, nursing school not in Pakistan but every part of the world where natural disasters accrued.

I express my thanks and appreciation to the Board of Trustees of the Award, the Jury and the general secretarial for the efforts and good work.

My entire family and i on behalf of Edhi Foundation are again thankful to His Majesty King Hamad bin Isa Al Khalifa and to Prestigious Isa Award for Service to Humanity, which will go to Abdul Sattar Edhi and the Nation of Pakistan.” 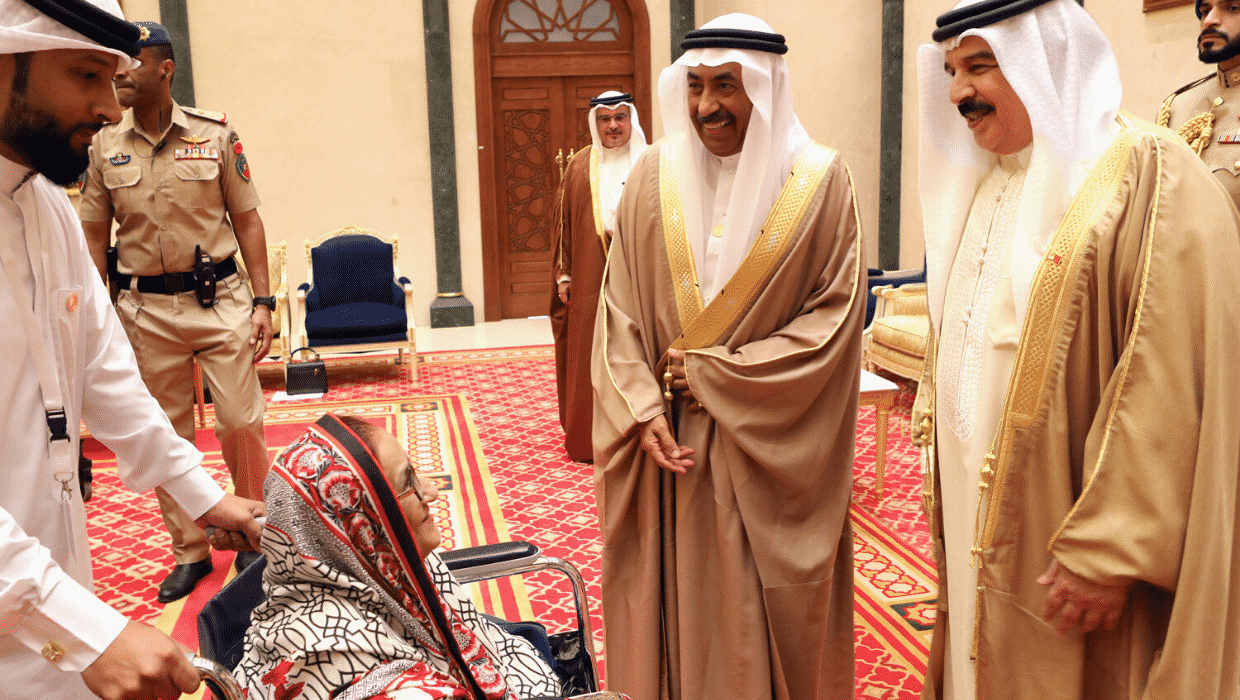 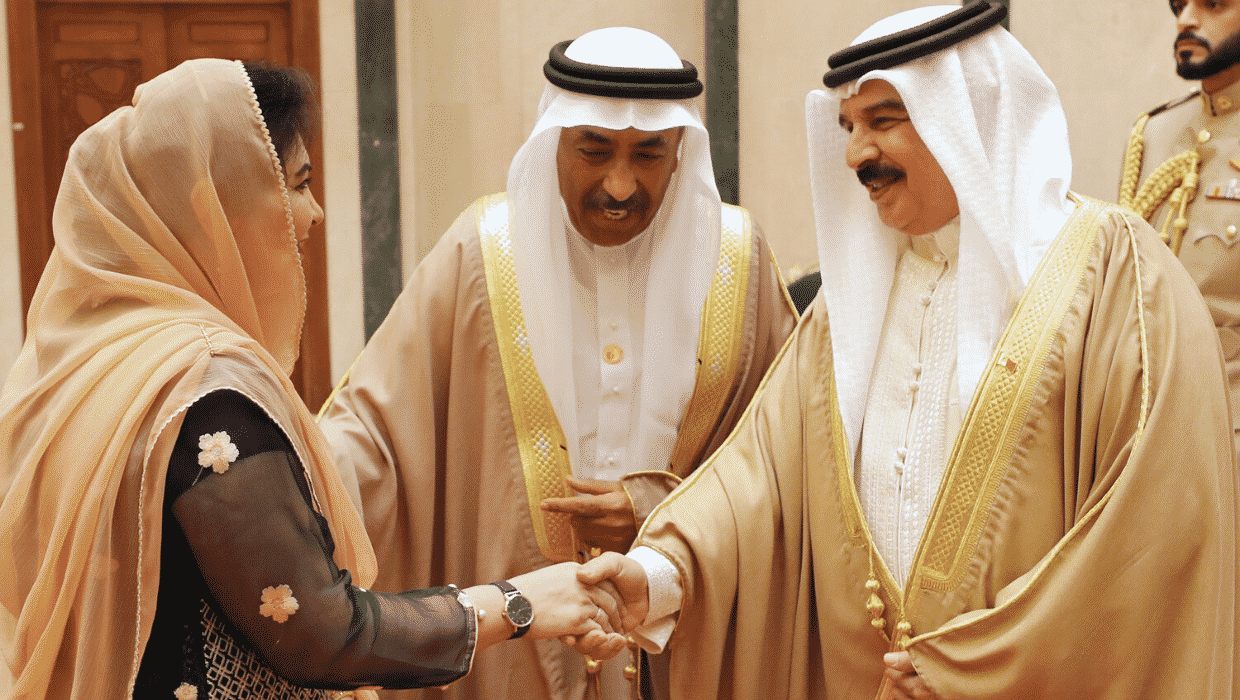 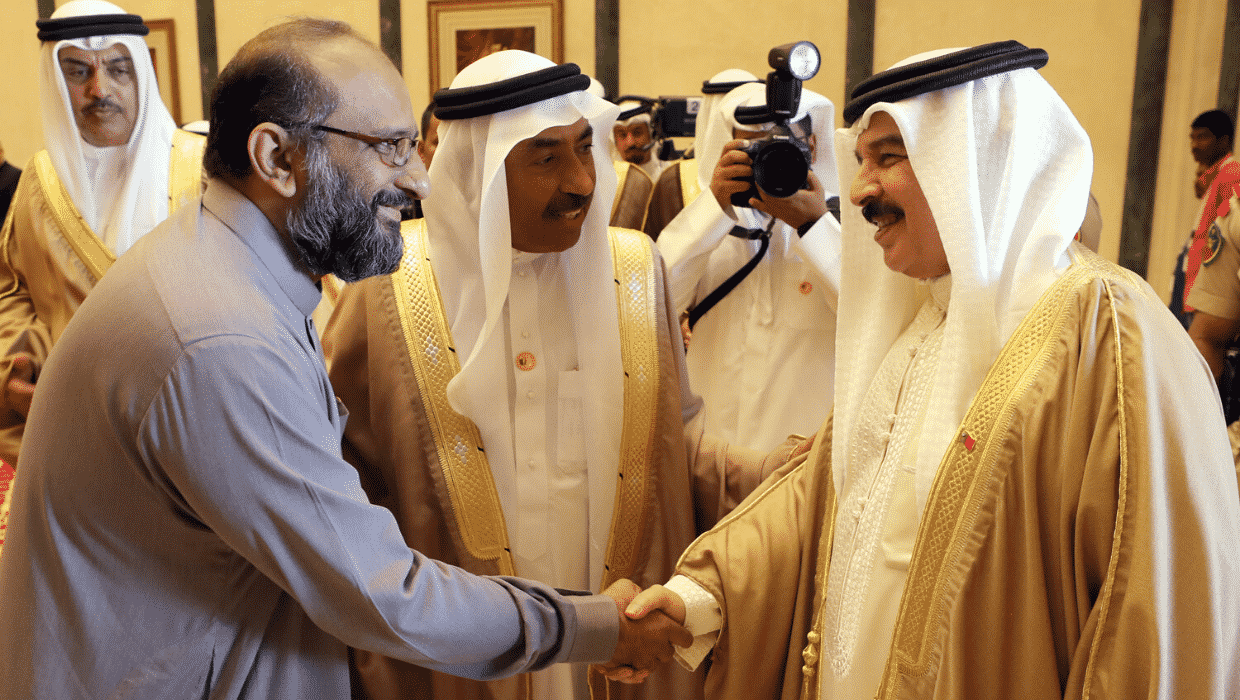 Ceremony attendees included senior Royal Family members, Speaker of the Council of Representatives, Shura Council Chairman, ministers, parliamentary committees’ chairpersons, members of the Board of Trustees of the Isa Award for Service to Humanity, governors, senior BDF, Interior Ministry and National Guard officers, diplomats, heads of charity organisations, businessmen, the media and press, representatives of the Edhi Foundation and guests.

The Kingdom of Bahrain celebrated the beginning of 2020 with a spectacular fireworks show as part of the New Year’s Eve celebratory event organized...
Read more

Sony Middle East & Africa has upped its flagship MASTER Series in Bahrain with the launch of the new Z9G 8K LED and A9G...
Wheels and Gears

For the first time since its establishment, the Bahrain Tourism and Exhibitions Authority (BTEA) is participating in the 26th edition of South Asia's leading...
Yoga

The doshas are biological energies found throughout the human body and mind. They govern all the physical and mental processes and provide a unique...
iGA

Dry skin and winter season are quite the duo and there are mistakes that can make our skin worse. Here’s a guide to understand...
Sports This Week

Youth and Sports Affairs Minister, Ayman bin Tawfeeq Al-Moayyad, has stressed the importance of constant coordination with municipal councils to ensure the progress of...
Sports This Week

The Lost Paradise of Dilmun (LPOD) water park Bahrain has scooped the 'Brand of the Year' 2019-2020 at the World Branding Awards in London. The...
© GO ALIVE MEDIA
MORE STORIES