As mentioned earlier, Yoga is not just a physical practice but it’s a way of life. To reiterate the fact, I go back to the works of Sage Patanjali, often called the ‘Father of Yoga’. He codified his thoughts and knowledge of Yoga in ‘The Yoga Sutra of Patanjali’.

The Yoga Sutra is considered the fundamental text on the system of Yoga without the description of a single posture or Asana in it! It is just a guide for living the right life. Patanjali says that you can’t practice Asanas in a class then swear in traffic, yell at the kids or cheat on your taxes! ‘So Yoga is not just Asana practice!’

The heart of Patanjali’s teachings is the Eight Fold [Ashtanga] Path of Yoga. These are just his suggestions for living a better life through Yoga. Here are the eight limbs of Patanjali:-

1. YAMA is social behavior; how you treat others and the world around you. These are moral principles- Non-Violence [Ahimsa], Truth [Satya], Non-Stealing[ Asteya], Non-Lust [Brahmacharaya] and Non-Possessiveness[Aparigraha].

2. NIYAMA is inner discipline, responsibility and how we treat ourselves. Sometimes called the observances , the do’s and the thou shalts. The 5 Niyamas are, Purity[ Shaucha], Contentment [Santosha], Austerity [Tapas], Study of the sacred text[ Svadhyaya], Living with an awareness of the divine[ Ishvara Paridhana]..

3. ASANA or steady poses were used by ancient Yogis to prepare the body for meditation. Popularly the practice of Asanas is considered as an exercise regimen or a way to stay fit though it has a much deeper significance.

4. PRANAYAMA is the control of breath. The practice of Pranayama purifies and removes distractions from the mind, making it easier to concentrate and meditate.

5. PRATYAHARA is the withdrawal of senses. It occurs during meditation, breathing exercises and the practice of Asanas when done mindfully.

6. DHARANA or concentration, teaching the mind to focus on one point or image. The goal is to still the mind gently pushing away superfluous thoughts.

7. DHYANA is uninterrupted meditation without an object.

8. SAMADHI is the ultimate goal of the eight fold path or ultimate bliss.

The first five steps Yama, Niyama, Asana, Pranayama and Pratyahara are the preliminaries of Yoga and build the foundation for a spiritual life. The last three steps help the Yogi to attain enlightenment or oneness with the spirit.

Getting that leg behind the head or standing on your hands is meaningless unless the first two steps, Yama and Niyama are followed! When one says, ‘Do Yoga’ please remember that it’s not something that we ‘do’ but it’s how we live!

Catch you next week with more on the third limb or asana practice. 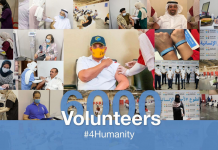 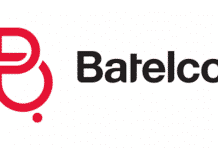 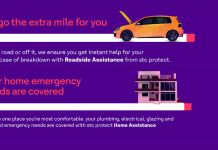