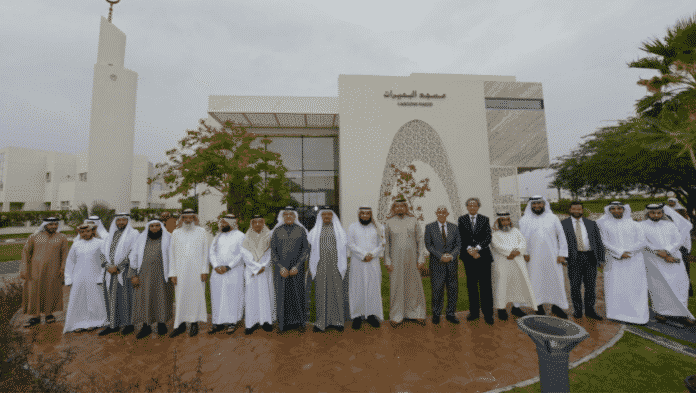 He highlighted the importance of building mosques. Its role in strengthening bonds between people and God, and among members of society.

Sunni endowments chairman praised the generous benefactors who built these mosques, praising Riffa Views Real Estate Company in contributing and supervising the construction of all mosques in the area.

Dr. Al- Hajeri commended the keenness of His Majesty King Hamad bin Isa Al Khalifa to build mosques all around Bahrain, and his orders to facilitate all measures to perform prayers, noting that His Majesty has endowed many lands for this important pillar of Islam.