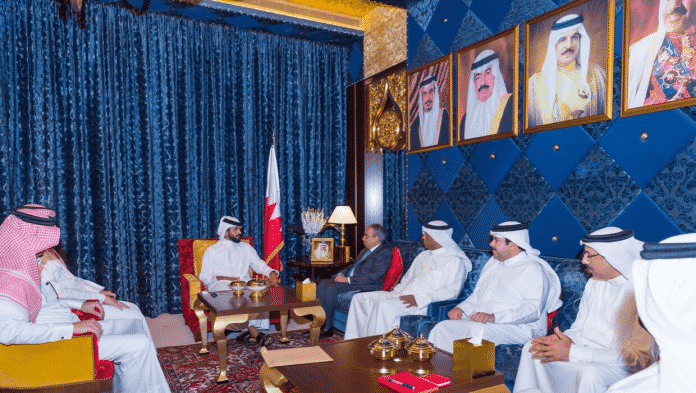 HH Shaikh Nasser bin Hamad Al Khalifa, Representative of His Majesty the King for Charity Works and Youth Affairs and President of the Supreme Council for Youth and Sports Affairs has affirmed the interest of HM King Hamad bin Isa Al Khalifa, the King of the Kingdom of Bahrain, in Horse Affairs in the Kingdom, as well as in following it up directly and in working on the development of the horse care system and managing its affairs, as it represents an important part of Bahrain’s history and civilisation, both of which have close connection with horses. HH Shaikh Nasser further pointed out that Bahrain is considered as one of the leading patronising countries for horses that have been always striving to develop their strains and preserve them.

HH Shaikh Nasser’s remarks came during his reception of HE Mr Essam bin Abdulla Khalaf, Minister of Works, Municipalities Affairs and Urban Planning who presented to him HE Shaikh Duaij bin Salman Al Khalifa, Chairman of the Horses Care Affairs Authority and several members of the authority. HH Shaikh Nasser added that the Kingdom of Bahrain is adopting an approach for horse care through developing the sponsorship system in line with the Royal directives. 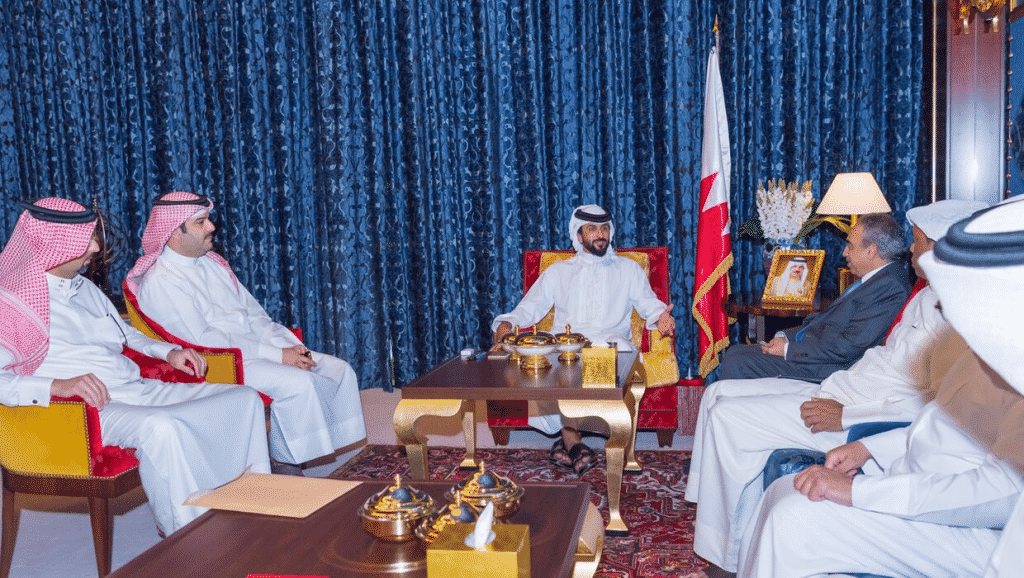 “HM the King’s directives to form the Horse Affairs Care Authority are in line with HM the King’s future vision for the horse system in the Kingdom of Bahrain. The authority board of directors have many tasks involved directly with forming the general policy of horse preservation and care as well as to work on its development and to create a solid comprehensive system with complete technical, administrative and logistical aspects,” HH Shaikh Nasser explained.

His Highness also said: “We are very optimistic about the authority’s board of directors as it represents an integral part of the Bahraini horse march and we are fully confident that the board of directors will be able to precisely implement the Royal directives related to the Bahraini horse care affairs and develop it at the local level as well as will to collaborate with foreign and international parties to build a strong system for the horse affairs in Bahrain,” he pointed out.

“The tasks of the board of directors are many, including organising events for horse sports and we hope the board members will double their efforts to organise such activities that underscore Bahrain’s position and place it in the centre of attention, considering the Kingdom as the capital of youth and sports,” he added. 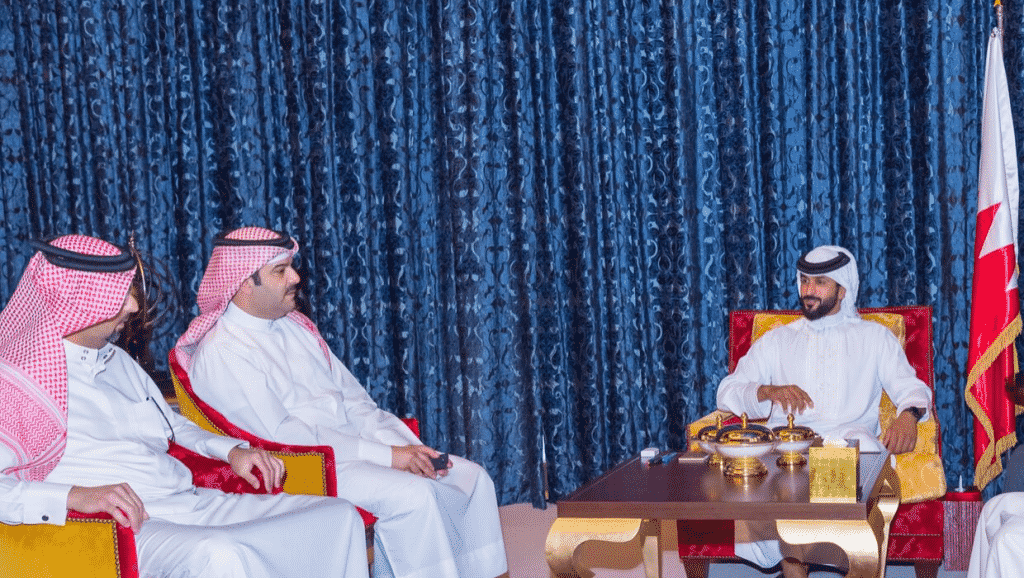 HH Shaikh Nasser further pointed out to the importance of building realistic plans and programmes by the board of the Horse Affairs Care Authority, ones which can encourage youth to start practising horse-riding as the sport of our fathers and ancestors and that can diversify existing programmes as well as discover more horse-riding talent.

Moreover, HE Shaikh Duaij extended his thanks to HH Shaikh Nasser for his great and direct interest in the work that the Authority is doing for the sake of developing horse affairs in the Kingdom. He further pointed out that all the board members with all their experience would ensure dedicating themselves to implement the Royal directives and to develop horse affairs in Bahrain.

He added that the Horse Care Affairs Authority has actually started implementing the plans and programmes and that it hopes for the programmes to come to fruition very soon. His Excellency also expressed that the Authority will undoubtedly contribute to creating a strong and comprehensive horse system in Bahrain and that it will determine the type of care required for horses. The Authority, HE Shaikh Duaij said, would also contribute to developing and maintaining relevant internal and external relations, in addition to organising and hosting various Horse-Related events.

INJAZ Bahrain has recently conducted the 12th edition of Young Entrepreneurs Competition that witnessed student entrepreneurs from around the Kingdom competing to obtain the...
Entrepreneurial Journey

The Supreme Council for Women (SCW) and the Ministry of Industry, Commerce and Tourism (MOICT) have announced their new collaboration through "Export Bahrain" in...
© GO ALIVE MEDIA
MORE STORIES