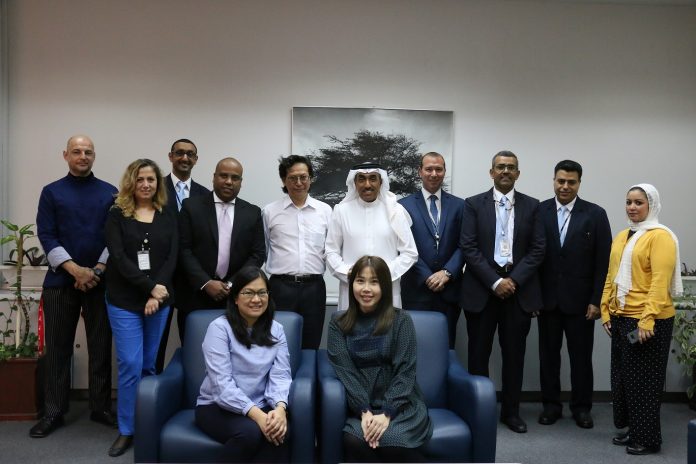 BAS receives the Golden award in caters from Cathy Pacific

Mr. Salman Al-Mahmeed, CEO of BAS said: “We are proud of our positive relationships with our customers, and we are constantly developing and improving BAS services in line with international standards, Especially that these successes are reflected positively on the reputation of the Kingdom of Bahrain in the aviation sector and airport services”.

He pointed out that the company’s catering annually prepares more than 6.5 million meals. It has received numerous awards and accolades at international levels, attracting many local and public clients.

He added: “This recognition by Cathay Pacific is proof of the quality of performance that The team is responsible for the management of supply, which is credited with access to the centers of excellence and positive reputation of the company”.

Established in 1977, Bahrain Airport Services Company (BAS) has a 40 year long track record of continuous service and has been the sole operator of ground services at Bahrain International Airport since it was established as the first international airport in the Arabian Gulf region. It is also a trusted name in the world of services as a company certified by the Air Transport Safety Audit Program of the International Air Transport Association. BAS offers a number of commercial activities including: aircraft and passenger handling services, catering services, aircraft engineering services, Bas Engineering Training Centre (BAETC), as well as owning and managing airport lounges.